Take inspiration from our artists in these newly released archival performances

If you have run out of DVDs to watch at home, then why not consider pre-ordering the stream recording of the Bregenzer Festspiele performance of Das Jagdgewehr. It is set to be released on 24 April, and offers an alternative viewing option in place of the unfortunate cancellation of the Dutch premiere of the Opera that was due to take place in March with Sarah Aristidou.

Looking to watch an opera on a gigantic scale? Why not consider watching Wagner’s epic masterpiece The Ring Cycle online, featuring our very own Andrew Foster-Williams. The live stream is available and free to watch now.

The wonderful Opera Brothers written by Daníel Bjarnason is available as a free livestream until June. Visit the website for more information.

You can also listen to Mari Eriksmoen sing in Glyndebourne’s production of Die Entführung aus dem Serail . The performance is available until 20 May.

Rewatch the 2018 performance of Beethoven’s Symphony No.9 with the Sydney Symphony Orchestra conducted by Edo de Waart and featuring bass-baritone Shenyang here.

Watch this video of John Adams conducting the Juilliard Orchestra in the third movement of Brahms’ Symphony No.4, in December 2018.

You can see an archival recording of Pablo-Heras Casado conducting the world premiere of Samuel Jones’ Flute Concerto, featuring Jeff Khaner, (recorded January 2018) for free on The Philadelphia Orchestra’s On Demand streaming platform through Philorch​.org.

Back in January of this year, Hannu Lintu performed Beethoven’s Symphony No.7 alongside the Finnish Radio Symphony Orchestra. The live stream of the performance is available to watch here.

Detroit Symphony Orchestra are opening up their archives for free during this difficult time. Take a look at Daniel Bjarnason​’s Violin Concerto performed by Pekka Kuusisto on the channel.

The Berliner Philharmoniker’s Digital Concert Hall is now open for free (registration closes 31 March). Make the most of this opportunity and watch composer, clarinettist and conductor Jörg Widmann in concert alongside Junge Deutsche Philharmonie performing a programme of Mendelssohn, Schumann and Widmann himself. The stream also includes a 12-minute interview with Widmann and Dorothea Schröder.

Golda Schultz in Le Nozze di Figaro at Teatro alla Scala is recommended in Operawire​’s Top 10 Opera’s to Stream for this week.

LSO re-streamied an archival concert with Barbara Hannigan and Sir Simon Rattle where she performed Ligeti’s Mysteries of the Macabre.

Back in November last year, Han-na Chang embarked on her first tour as a Chief Conductor, with the Trondheim Symfoniorkester. The concerts are now available to watch online: Tchaikovsky’s Symphony No.6 & Grieg’s Peer Gynt Suite No.1.

Visit this link to see a performance from Truls Mørk back in August 2019, performing Ernest Bloch — Schelomo (1916): Rhapsodie Hébraïque with the Stavanger Symfonieorkester.

Watch star violinist Lisa Batiashvili in concert playing the first movement in Tchaikovsky’s emotional and personal Violin Concerto in this music video from the Nobel Prize Concert in December 2018.

Retrotopia is the latest in clarinettist and conductor Martin Fröst​’s ground-breaking projects, challenging the boundaries of how classical music concerts are perceived. Watch a unique concert video here from the world premiere with the Royal Stockholm Philharmonic Orchestra in Konserthuset Stockholm.

Hearing Mahler’s Symphony No.7 is an experience beyond the ordinary. Watch this music video here where the Royal Stockholm Philharmonic Orchestra plays under the baton of Chief Conductor and Artistic Advisor Sakari Oramo.

Filmed in September 2015, this music video gives you the chance to experience Rimsky-Korsakov’s amazing orchestral colours in the suggestive Scheherazade suite. The Royal Stockholm Philharmonic Orchestra is conducted by Santtu-Matias Rouvali. 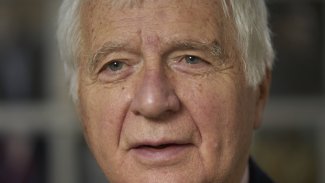 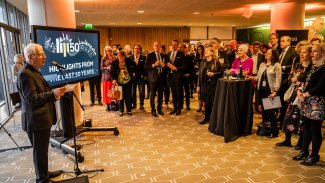