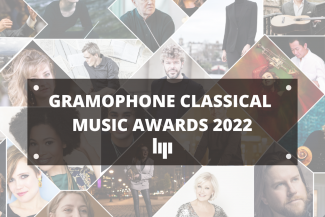 Sean Shibe is nominated in the Instrumental category with his first Pentatone recording Camino – an introspective programme exploring French-Spanish musical borders featuring music by Mompou, Ravel, Satie, Poulenc, José and de Falla. Since its release, the recording has garnered wide critical acclaim and has been chosen as The Times and The Guardian’s Classical Album of the Week, Gramophone Magazine Editor’s Choice, Presto Classical Recording of the Week, and BBC Music Magazine Recording of the Month.

In the Contemporary category, we have four artists featured. First, Katarina Dalayman sings the Grandmother/​Old Lady/​Finn Woman in Abrahamsen’s The Snow Queen with Bayerisches Staatsorchester under Cornelius Meister, and directed by Andreas Kriegenburg.

Finally, Hannu Lintu​’s recording of fellow Finn Magnus Lindberg’s works comprises the orchestral works Aura and Marea, together with the chamber work Related Rocks is also nominated. Chief Conductor of the Finnish Radio Symphony Orchestra until 2021, his partnership with the orchestra resulted in several international recording awards and nominations during his tenure.

Timothy Ridout was part of the Hyperion recording of Vaughan Williams’ works nominated in the Song category. Alongside the singer Nicky Spence, pianist Julius Drake and the Piatti Quartet, the critics emphasise the ravishing sostenuto sound of his viola.

Víkingur Ólafsson is highlighted in the Piano category for his Mozart and Contemporaries album. This album looked to dispel the image of Mozart as the angelic and prodigious idiot savant, instead presenting a mature composer through music primarily dating from the 1780s: a resourceful, hard-working adult who had come to know adversity. All are artfully brought together by Ólafsson’s signature thought-provoking programming.

Nicolas Altstaedt has been nominated for his participation in the Chamber category with Round Midnight performed with the Ébène Quartet and Antoine Tamestit, on Erato.