“I am thrilled to be invited to be the BBC Symphony Orchestra’s new Principal Guest Conductor. From when we first met in May 2018 at a Maida Vale studio concert, I felt directly a mutual connection with the musicians. The BBC SO is a very inspiring, energetic orchestra with a huge range of colours in its sound, and I am looking forward to working together over the next few years, exploring a wide range of music.”

Widely recognised as one of Scandinavia’s brightest talents, Stasevska’s appointment follows her debut with the BBC Symphony Orchestra in its 2017/18 season and a second performance in 2018/19 in two highly-successful studio concerts at Maida Vale. Next year, she will lead the BBC Symphony Orchestra in a range of projects, beginning in April 2020. She will join the current BBC SO conducting team of Sakari Oramo (Chief Conductor), Sir Andrew Davis (Conductor Laureate), and Semyon Bychkov (Günter Wand Conducting Chair).

“Dalia comes to the BBC Symphony Orchestra at a time when it is playing at the very top of its game, and joins a family of conductors that is second to none. Together with Sakari Oramo, Semyon Bychkov and Sir Andrew Davis, she will bring an extraordinary musicianship that speaks directly from the heart to musicians and audiences alike, and her appointment ushers in an exciting new chapter in the orchestra’s life.”

Paul Hughes, Director of the BBC Symphony Orchestra and Chorus

Stasevska has built a reputation for conducting a wide range of music from core orchestral repertoire to new and contemporary music. In particular, her passion for opera and collaboration with artists from different genres chimes well with the BBC Symphony Orchestra’s distinctive programming.

“I am delighted to welcome Dalia Stasevska into the BBC SO family. She will provide us with fresh energy and insight, and I am particularly happy that Finnish conductors keep inspiring London musicians into permanent artistic partnerships.” 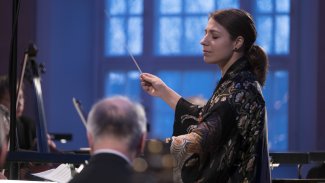 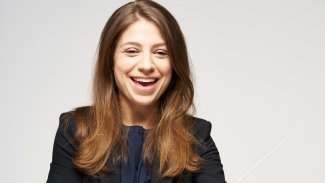