Classic FM has chosen 30 of the most promising young artists under 30 years old, and this year the selection features five HarrisonParrott artists: Esther Yoo, Alice Sara Ott, Jess Gillam, Ksenija Sidorova and Pene Pati. Artists have been selected from all over the world and across the entire instrumental spectrum.

At only 24, Esther Yoo has released three albums on Deutsche Grammophon, recorded the soundtrack album for the British film On Chesil Beach, and is the first-ever Artist in Residence with the Royal Philharmonic Orchestra. Hailed for her ​“radiantly golden tone” (The Strad) Esther regularly works worldwide with conductors such as Vladimir Ashkenazy, Karina Canellakis, Michał Nesterowicz, and Osmo Vänskä. Watch her perform Tchaikovsky Danse Russe for ClassicFM last year: 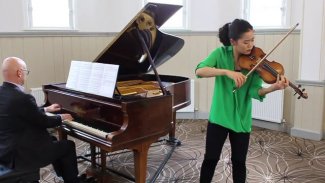 ‘As one of the world’s most in-demand soloists, 29 year old Alice Sara Ott performs globally with the world’s top orchestras and conductors. In 2018 she celebrates ten years as an exclusive recording artist for the leading record label, Deutsche Grammophon. She continues to develop and reach new audiences every season through her captivating performances. However Alice also expresses her artistry through a number of design and brand partnerships. She most recently designed a signature line of high-end leather bags for JOST, one of Germany’s premium brands, and also created a range of stickers for the Japanese messaging service LINE, reaching millions of users worldwide. Alice is soon to release her newest Album ​‘Nightfall’, available from August 2018

Already wowing audiences across the country, Jess Gillam is now making strides on the international stage with a number of key debuts next season alongside work on her debut album for Decca Classics. Since becoming the first saxophonist ever to reach the Woodwind Final of BBC Young Musician of the Year in 2016 her career has developed rapidly. Last year she made her Royal Albert Hall debut at the BBC Proms where she returns again twice this year; with other BBC Young Musician veterans, as well as a performance at the world famous Last Night of the Proms.

Just turning 30, Ksenija Sidorova is an ambassador for the accordion and has an electrifying presence on stage. An exclusive Deutsche Grammophon artist, she has three new concertos written for her, one of them commissioned by the Royal Liverpool and Munich Philharmonic orchestras. Praised as ​“superbly subtle and virtuosic” (Arts Desk), she plays with Paavo Järvi, Thomas Hengelbrock, Kristjan Järvi, Jan Willem de Vriend and Miguel Harth-Bedoya. You can watch her playing Erkki-Sven Tüür’s Prophecy Accordion Concerto with the Estonian Festival Orchestra and Paavo Jarvi 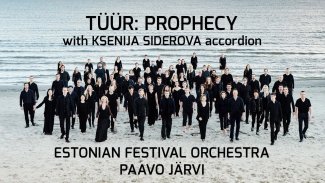 A recent graduate of San Francisco Opera’s Adler Fellowship, where he made his debut as Duca in Verdi’s Rigoletto under Nicola Luisotti, Pene Pati looks ahead to his European debut this autumn as Percy (Anna Bolena) for Opéra National de Bordeaux. A prizewinner at numerous competitions including Neue Stimmen, Placido Domingo’s Operalia, and the Monserrat Caballé International Aria Competition, Pene has also enjoyed global success as one third of Sol3 Mio, the group he formed with his brother and cousin. 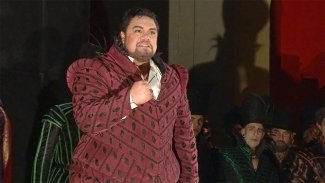 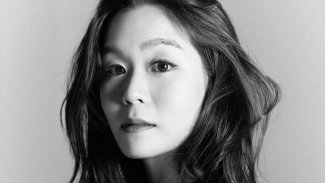 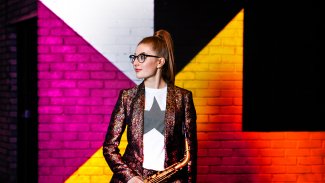 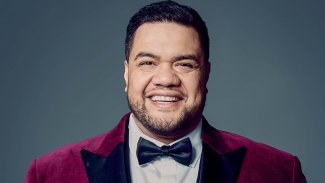