For his fourth recording with Hamburg-based Ensemble Resonance for the Harmonia Mundi label, Riccardo Minasi returns to the baroque period; Pergolesi’s famous Stabat mater is paired with a lesser known work of the sacred repertoire, Salve Regina a due voci by the Mallorcan composer Joan Rossel. Riccardo Minasi has known and loved the latter for a quarter of a century, and yet the exact origin of this music was a mystery to him. For a long time, it was attributed to Pergolesi. Only a few weeks before this CD was recorded, Minasi stumbled upon evidence that linked the work to its actual author: the musicologist Anna Cazurra brought in an original autograph by Joan Rossel, and when comparing different copies, the exciting discovery was confirmed. In this recording, Rossel’s music is being played for the first time under the correct name and with reference to the original sources.

The album follows internationally acclaimed releases recorded by Minasi and Ensemble Resonance, with their most recent being Mozart’s last three symphonies. Their first two recordings, Haydn’s The Seven Last Words of Christ on the Cross and C.P.E. Bach Cello Concertos, were awarded the Diapason d’Or de l’Année in consecutive years. 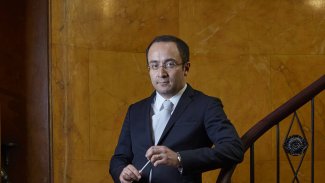