The Brahms Code, a documentary film about The Deutsche Kammerphilharmonie Bremen and Paavo Järvi​’s latest project dedicated to the music of Johannes Brahms, has been presented with the Silver Award by the New York Festivals TV & Film Awards in the documentary / music category. The jury, comprising experts from around the world chose The Brahms Code out of submissions from over 50 countries. The TV documentary released in Autumn 2019 is a co-production between Deutsche Welle and Unitel.

Director, Christian Berger, accompanied The Deutsche Kammerphilharmonie and Paavo Järvi for their third project together, creating an insightful portrait of the musicians’ intension collaboration and interspersing interviews with musical highlights, to illustrate the work of this musical ​“dream team” (NDR Kultur). Previous projects include The Beethoven Project (2010) and Schumann at Pier2 (2012)

Paavo Järvi and The Deutsche Kammerphilharmonie Bremen’s goal has been to make Brahms’ symphonies appear alive and relevant to today’s audience. Complete Brahms cycles have been performed in Tokyo, Vienna, St. Petersburg, at the Rheingau Music Festival and at the Festival de Lanaudière (Canada). Another cycle was presented in Spring 2018 at the Théatre des Champs Elysées in Paris. Meanwhile, the symphonies have all been released on CD and The Brahms Code, was released on DVD in Autumn 2019. A highlight of the entire project was the special performance of Brahms’ Requiem in Bremen Cathedral in 2018, now also available on DVD (C major). 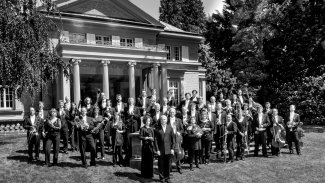 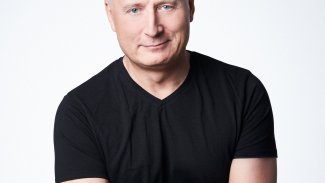