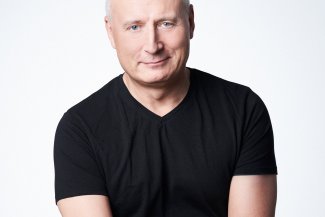 CultureNet, a new virtual arts education platform based in LA, presents an exclusive discussion with  Paavo Järvi on Facebook Live on Sunday, 5 April at 3pm EDT (9pm CET). The live discussion is augmented by free daily screenings of the documentary film Maestro at noon PST (9pm CET) up until 8 April, providing viewers a rare discourse with the Grammy-winning conductor.

“Since it’s initial release several years ago, Maestro has aired all over the world and streamed on various digital platforms, but still, many people were not able to watch it. Now, CultureNet will offer the film via Facebook LIVE for a limited period. In the midst of endless concert cancellations, we hope a film that celebrates and preserves the path to musical mastery will bring joy and a dose of inspiration during these challenging times. Whether you are a fan of classical music already or simply curious about it, we hope you’ll tune into the CultureNet Facebook LIVE stream for this exclusive screening and live Q&A with Maestro Järvi.”