Daníel Bjarnason returns to Great Amber Hall, in Liepāja, Latvia, to present on 29 September  Music for Sólaris, a composition inspired by Andrei Tarkovsky’s eponymous 1973 sci-fi cult film. Joined by Ben Frost and Sinfonietta Riga, Bjarnason’s music is performed to a video accompaniment and image manipulations by Brian Eno and Nick Robertson. An immersive and engaging show, this concert has been presented in different cities across Europe over the past years, including the Barbican Centre in London in 2017. This concert follows Bjarnason’s debut at Great Amber Hall in 2017, when he conducted a concert included in the Iceland Weekend Festival curated by Víkingur Ólafsson.

Following this concert, Daníel conducts the Orchestra del Teatro Comunale di Bologna on 27 October, featuring both of Sibelius’s suites to The Tempest, his own composition The Isle is Full of Noises, and a set of works from Silvia Colasanti, including a world premiere. The concert is part of the series Bologna Moderne. 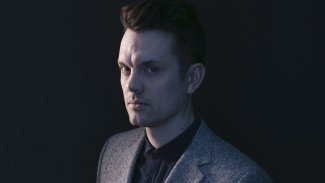