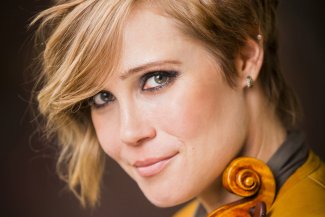 Leila Josefowicz performs the Japanese premiere of John Adams’ Scheherazade.2 with the Tokyo Metropolitan Symphony Orchestra on 17 and 18 April.

These concerts mark Josefowicz’s return to Tokyo following her last appearance in September 2015, when she performed Oliver Knussen​’s Violin Concerto with the Tokyo Metropolitan Symphony Orchestra conducted by the composer.