Jamie Barton and Klara Ek are set to make their debuts at the 2015 BBC Proms. Mezzo-soprano Jamie Barton performs Brahms’ Alto Rhapsody with the Orchestra of the Age of Enlightenment under Marin Alsop on 1 September and soprano Klara Ek sings Mahler’s Symphony No.4 with the BBC National Orchestra of Wales under Thomas Søndergård on 3 September.

A skilled concert artist, Jamie Barton continues to join the top orchestras on both sides of the Atlantic having previously performed Verdi’s Requiem with the Toronto Symphony Orchestra under Sir Andrew Davis, Britten’s Spring Symphony with The Cleveland Orchestra under Franz Welser-Möst and Mahler’s Symphony No.3 with the Iceland Symphony Orchestra under Osmo Vänskä. In 2016 Jamie returns to Reykjavik to perform the Alto Rhapsody under Hannu Lintu and travels to Moscow to give a concert of Bellini, Donizetti and Verdi with the Moscow Philharmonic Orchestra.

Klara Ek is a hugely popular performer of Mahler’s Symphony No.4 and has previously sung it with Tonhalle-Orchester Zürich, and the Chicago and London symphony orchestras — all conducted by Bernard Haitink — and will reprise it alongside Berg’s Sieben frühe Lieder with Trondheim Symfoniorkester under Han-Na Chang. An equally skilled exponent of baroque repertoire and with a particular interest in lesser-known works, Klara has performed Almira and the role of Climene in Hasse’s Leucippo. Most recently she has had a great success at Innsbrucker Festwochen der Alten Musik in Porpora’s rarely-performed Il Germanico in Germania, described by Die Presse as being ​“especially thrilling as the hauntingly sensual, angry and suffering Rosmonda”. 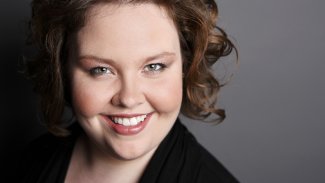 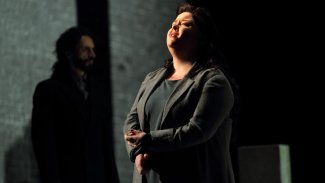 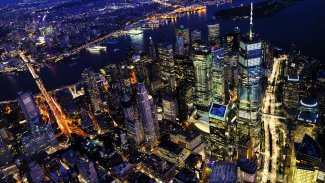