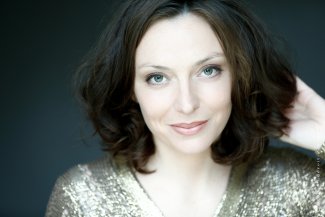 “Extrémo confirms her place as the most exhilarating French mezzo of her generation.”

While Mezzo-soprano Aude Extrémo has distinguished herself from the outset of her career as one of the leading interpreters of the French repertoire, her recent debuts as Fricka in Wagner’s Die Walküre at Opéra national de Bordeaux under Paul Daniel and as Amneris in Verdi’s Aïda at Opéra de Massy demonstrated her artistic versatility and were met with great acclaim.

A laureate of the Atelier Lyrique at Opéra de Paris, Extrémo has recently returned as a guest under Music Director Philippe Jordan both as Ursule in Béatrice et Bénédict and as Anna in Dmitri Tcherniakov​’s new production of Les Troyens where her tone was praised as ​“opulent and dark” (Res Musica, 2019). 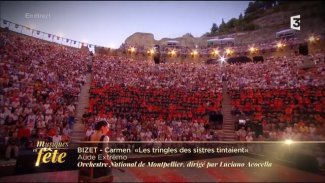 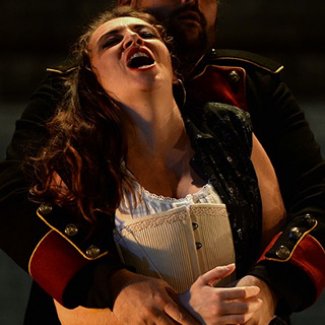 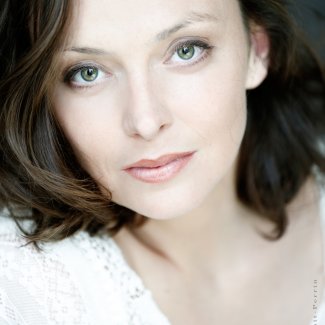 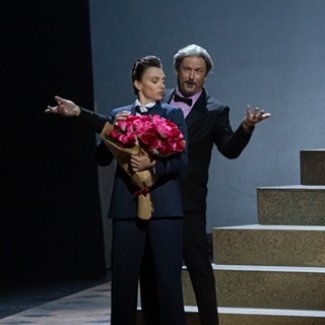 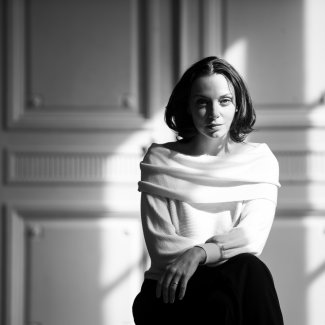 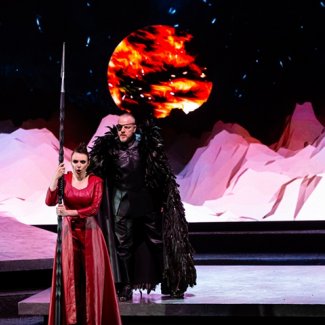 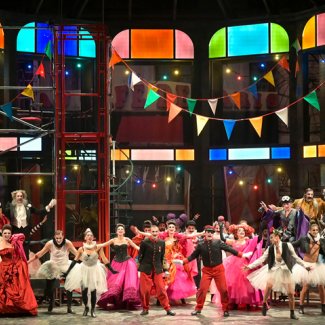 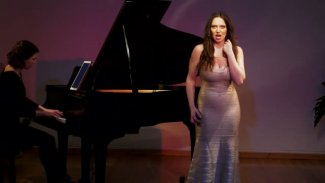 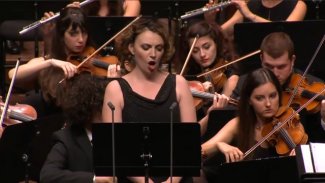 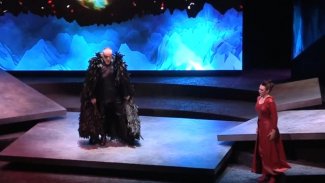 ‘… with a vocal freshness throughout the range, like the radiant Aude Extrémo (Fricka). The French mezzo finds here a role that is perfectly suited to her means, emphasizing the beauty of her timbre with astounding ease, as much as her powerful and admirably projected voice’.

“Distinguished from the team is Aude Extrémo’s Métella, with a great vocal and stage presence.”

“Aude Extrémo confirms that she is the Carmen of her generation: between her sumptuous voice and the intelligence of her interpretation, we are conquered by this proud and distinguished Carmen. So natural and touching that we can only fall in love.”

“For her part, Aude Extrémo confirms — if it was needed! — the immense Carmen that she is. Everything is perfectly in place: the voice, rich and deep, gives this mezzo-soprano all the means necessary to portray an extremely seductive, and at the same time vulnerable, Carmen. Her charisma and sensitivity make it possible to convey all the complexity of a character that is deeply bewitching but also sometimes tortured. Aude Extrémo also demonstrates her great comic strength, especially in the spoken passages.”

“Extrémo, auburn mane and golden ankle boots, sets the scene on fire as soon as she appears. The voice is rich, full-bodied, and opulent in the lower register.”

“Aude Extrémo masters all the facets of Carmen which she plays with a suicidal, casual, seductive, brutal, disdainful and sensual energy. Obviously, this ​“zingara” will never be tamed. The voice embraces the colours of the role, with ample and warm bass notes, hoarseness to portray Carmen’s animality, and airy trebles to recall her infinite freedom.”

“Beyond the intrinsic beauty of the timbre — its bass as opulent as its conquering highs, such phrasing and impeccable diction — she impresses by embodying the character with such naturalness, resolution and sensitivity that we can only love her; thus establishing herself as one of the best Carmen’s of the moment.”

“Aude Extrémo is easy to qualify: it is THE voice of Carmen.”

“There remains Aude Extrémo, who made her stage debut in the role. Well here she is, this Carmen that we all expect: freed from the traditional image of a vulgar whore, she dances with distinction, and fascinates with her distinguished movements and costume. The lioness temperament is there, the infantile and spontaneous character on occasion too, but tempered by the suffering of the abused woman who, disturbed by the fits of violence from her lover, seems to hesitate before finally choosing her fate. Her voice is of course part of the seduction which emanates from her, the treble of a brilliant and controlled instrument is an object of fascination, like the opulent and black bass which she never abuses, proportioning its effects in a bewitching habanera, a séguedille contained until the explosion, and a bewitching Card Air.”

“Aude Extrémo embodies a memorable creature; she pours, full throttle, the creamy and almost cavernous metal of her ample mezzo. One will rarely have listened to Carmen more domineering, more fatal… She is a weapon of massive seduction. When she sings, everything is erased in this vocal relief, this silk with infinite breath, both sensual and monstrous.”

“In the title role, Aude Extrémo confirms her place as the most exhilarating French mezzo of her generation (alongside Clémentine Margaine) thanks to her racy voice of an unusual magnitude, attached to a biting and endearing tone…her stage presence, all of determination, glorifies a Carmen who — assuming the consequences of her actions, without hesitation and without nostalgia — dares to live and love to the full.”

“Fricka often remains a secondary role but this scene…becomes epic when it is thus seized by a voice of such temper and of such a presence.”

“For her second excursion to Wagnerian lands (after Venus in the Parisian version of Tannhäuser in Monte Carlo), Aude Extrémo was a great success in Fricka. The voice is full, sonorous, skilfully projected even into the highest notes of the role and the character, skilfully portrayed, escapes the caricatural interpretations which sometimes reduce Fricka to a simple jealous and hysterical wife.”

“Beware of Fricka’s anger, since Aude Extrémo is burning the boards, outraged wife draped in the divine splendors of her opulent mezzo!”

“Her voice is deep, even guttural, her chest impressive, capable of captivating in the bass and blazing in the treble. In opera arias — Massenet and Saint-Saëns — she deploys her playing with intense dramatic expressiveness. ”

“In Amnéris, the French Aude Extrémo is the great revelation of the evening. What an interesting timbre, what flexibility in the voice, with a bass that allows her to embody both the roles of mezzo (the high register is clear) as those of contralto (her Bordeaux Dalila, last season, made an impression)! Her whole last act is of a very high standard.” 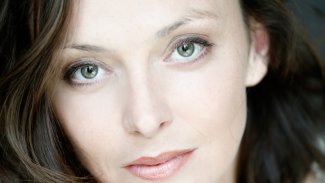 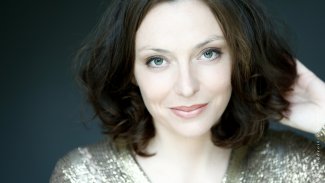 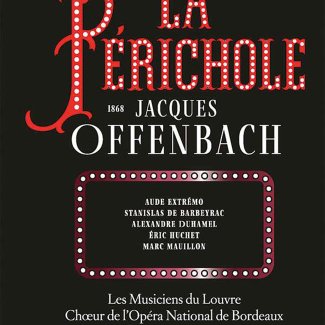