“THE voice of the evening is Ambur Braid! A great dramatic soprano, this Canadian singer has powerful lower notes and a dazzling high, spicy timbre with a beautifully cultivated legato and balanced projection throughout the range.” 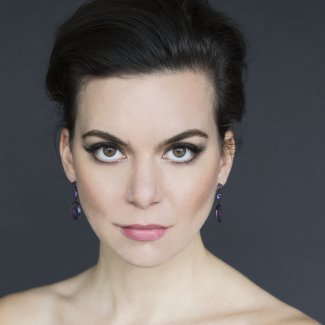 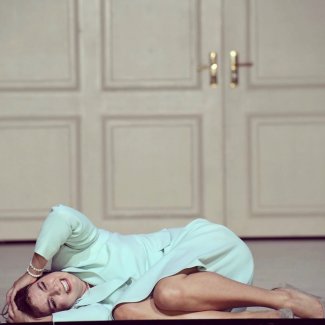 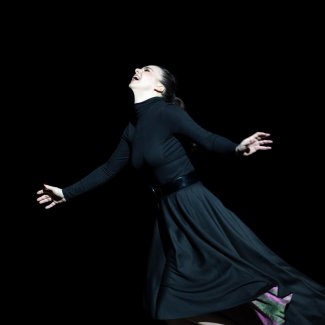 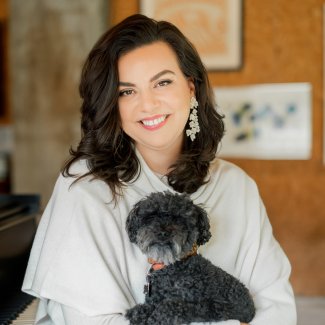 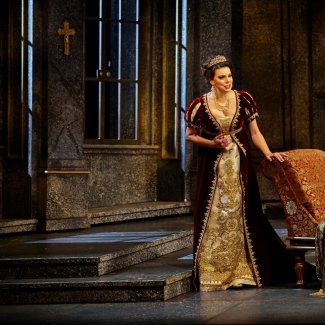 A series of sensational debuts have highlighted Canadian soprano Ambur Braid as a ​‘revelation’ (Das Opernmagazin, 2022). From Eva in Schreker’s Irrelohe for Opéra de Lyon to Salome in Barrie Kosky’s production for Oper Frankfurt, her sumptuous voice and enigmatic stage presence continue to leave a striking impression on audiences and critics alike.

This season, Ambur Braid makes her European debut as Tosca in Andreas Kriegenburg’s production conducted by Carlo Montanaro for Oper Frankfurt, where she is a current member of the ensemble. Elsewhere, Ambur Braid returns to the Canadian Opera Company as Salome in Atom Egoyan’s production under Johannes Debus.

Praised as an artist ​‘one would always wish for but seldom find’ (Das Opernglas), recent highlights have included Ambur Braid’s role and company debuts as both Eva in Schreker’s Irrelohe for Opéra de Lyon and Stephana in Umberto Giordano’s rarely performed Siberia for the Bregenzer Festspiele. In Frankfurt Ambur Braid has recently given her first performances as Norma conducted by Erik Nielsen, as well as Ariadne (Ariadne auf Naxos) under Thomas Guggeis. Recent concert highlights have included Schmitt’s La Tragédie de Saloméwith Frankfurt Radio Symphony Orchestra under Alain Altinoglu and Beethoven’s Symphony No.9 with National Arts Centre Orchestra, Ottawa.

Ambur Braid has received degrees from the Glenn Gould School of the Royal Conservatory of Music in Toronto and San Francisco Conservatory and is a studio alumna and former ensemble member of the Canadian Opera Company. 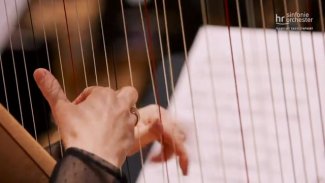 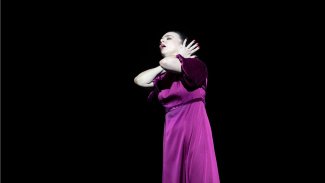 “Ambur Braid was Eva, her dark soprano possessing the necessary amplitude and stamina for Schreker’s effusions.”

“The rest of this good ensemble were outshone by the Canadian Ambur Braid: with Stephana she adds another lyric spinto heroine – alongside her triumphs in this repertoire in Frankfurt – her lush soprano can convey dalliance, seduction, devotion, through to the climax of passionate outbursts… Despite the bitter end, there was unanimous jubilation for this particular opera orchid, who will no doubt continue to bloom”

“The cast is dominated by Canadian dramatic soprano Ambur Braid, who magnifies the role of Stephana with astonishing ease. The generosity of her voice is only matched by her obvious dramatic conviction”

“This production is dominated by Ambur Braid, who lends a strong, fruity and musical voice to the heroic Stephana, as well as a dramatic interpretation which is full of energy.”

“At the centre of it all is Ambur Braid, who as Stephana is vocally full bodied. Dramatically the Canadian is also physically powerful…Braid lets her soprano burst forth in highly dramatic climes of pleasure; where passion burns like a wild beacon”

“The object of their flame tonight is the splendid Ambur Braid, a great soprano with flourishing lyricism and femininity — possessing a vibratile grain in the timbre which evokes eroticism — and an artful way of phrasing with remarkable fluidity. [An] artist to follow, without a doubt.”

“THE voice of the evening is Ambur Braid! A great dramatic soprano, this Canadian singer has powerful lower notes and a dazzling high, spicy timbre with a beautifully cultivated legato, and balanced projection throughout the range. Her Eva will remain in memory for a long time.”

“Canadian soprano Ambur Braid brings a fresh and sure-footed voice to the contradictary role of Salome.”

“The Canadian soprano Ambur Braid as Eva is a revelation. Her big, beautiful and clear voice characterising this self-confident young woman”

“But the revelation of the evening is that of Ambur Braid, a Canadian soprano for whom it is not surprising to read that Salomé and Ariadne are amongst her most sought after roles. The voice is sumptuous, both clear and opulent”

“The fact that Norma becomes an event depends not least on the casting of the title role…Now [Braid] devoted herself to the extremely demanding role of Norma — with outstanding success! Braid becomes the driving force of the production and was able to assimilate this role completely convincingly, but not without weaving in her own variety. With an enigmatic stage presence, her portrayal is extremely physical and so the action advances to a tour de force. Sometimes in deep despair, sometimes on the verge of a nervous breakdown — her character drawing is passionate without looking exaggerated. And vocally, she didn’t lose any of her persuasiveness. With subtle vibrato and dramatic voice colouring, she surprises with delicate nuances and delicate piani that dissolve into coloratura. With this agile, versatile voice, she gave Norma a special charisma.”

“While Ambur Braid created an effective counterpart with her mesmerizing, dark-coloured voice”

“Madame Lidonie, the new prioress, which Ambur Braid performs excellently between impulsiveness and restraint with a dramatically large voice”

“Musically, these are great performances: The Canadian Braid makes her role debut, her voice and demeanour are highly dramatic and exuberant, although no one says that Ariadne has to be a patient and measured lady… Richard Strauss’ long, demanding melody lines only make it all the more impressive. Brilliant, as are the top notes”

“Braid has an old school quality to her voice, with tremolo that creeps into its lower and middle registers, giving her a slight vulnerability that compliments the bullish determination of her acting. In her upper range, Braid can blast. On climactic notes, she sends a wall of sound into the auditorium; the orchestral din trails behind.”

“Ambur Braid’s Salome was capricious and sensuous, and at her most convincing when asserting her will…her voice was powerful, ductile and clear.”

“The fabulous Canadian soprano Ambur Braid, who displays a range of vocal expression from seductive groan to husky sigh which gives her Salome a physical presence and youthful agility that one would always wish for but seldom find.”

“The Canadian Ambur Braid hits equally with her light and distinctly guided soprano, which also develops volume and radiance, as well as with her ability to get scarcely involved in the truly multiple challenges of directing.”

“Vocally, a pure pleasure, especially because against the role cliché Ambur Braid can make her voice shine without any sharpness even in ecstasy.”

“The young dramatic soprano Ambur Braid makes a brilliant role debut, both singing and acting. With her cool and clear voice and her provocative ecstatic acting, she depicts the figure of Salome radically and uncompromisingly and with her portrayal goes to the limit of a self-destructive portrait. She easily changes registers, plays with her voice, and is brilliantly clear even in the dramatic climaxes.”

“Ambur Braid as Salome, a vocal and dramatic force.”

“Ambur Braid is a fascinating Salome with a big, colourful voice, which has a clear declamatory edge without losing warmth.”

“Salome is Ambur Braid and she completely immerses herself in the role. She has a radiant, youthful, lyrical soprano voice, which she uses very musically. ”

“You completely believe in Ambur Braid’s Salome, you believe in her every note.”

“She was also spot on in her appearance disguised as the Sibyl, launching some stratospheric spikes that she made sound logical and right, as well as later, in a Straussian trio with Hadrian and Antinous. I don’t think she’s ever sounded better — purer and more effortless of tone, more generous in colour and warmth.”

“Canadian Ambur Braid’s powerful coloratura soprano and sensitive acting as Sabina make her a strong presence throughout the evening.”

“Braid vaults through the score like an Olympian, her high notes accurate and thrilling, her emotion palpable.”

“Lighter in timbre than other Toscas, Braid was still the dominant vocal presence in this production, her singing the most nuanced and, ultimately, the most beautiful.”

“From dizzying heights in multiple-octave leaps to deep down in the limits of the mezzo-soprano register – there is an enormous vocal range required. Not many singers are able to perform this role with such sovereignty as Ambur Braid did on her role debut in the Frankfurt Opera.”

“The Canadian soprano Ambur Braid […] accredited the extremes of the role impressively – not only with their trumpeting tones, but also with a dramatically strengthened vocal range.”

“The Canadian coloratura soprano Ambur Braid savored in the extremely risky part of Elisabetta with her extreme vocal range and abrupt changes in position as fearless as it was vocally powerful.”

“As Elisabetta I, she is a force, primarily vocal, but also theatrical. From heartfelt moments to wild fury, the coloratura soprano shows all the feelings of a jealousy-filled ruler with stunning high notes and pianissimo (depicting a very young Elizabeth I).”

“A powerful Soprano, Ms. Braid, when in despair, allowed her gleaming sound to turn acidic and steely.”

“The soprano Ambur Braid, as Aci, sang with both force and florid charm”

“Ambur Braid as a champagne-colored coloratura in pleated blouse is a class unto herself when she sings the queen, a mixture of Zerbinetta, Kundry and Lady Macbeth.”

“Soprano Ambur Braid is an impressive Queen of the Night. She does not sing the Queen’s two principal arias merely as showpieces, as singers so often do, but rather acts while singing so that she brings out the meaning of the words while effortlessly engaging in the score’s vocal gymnastics.”

“Her effortless freedom and suppleness while singing through impossibly high and intricate passages, combined with a campy, sinister interpretation of the role, was glorious.”

“Braid gave one of the most chilling renditions of Der Hoelle Rache I’ve ever heard, navigating the impossible coloratura lines of the aria pianissimo, rather than double forte, making them doubly malevolent.”

“Her two big arias were sung as close to perfectly as one could hope. […] I could listen to Ambur sing me the phone book, if I’m being completely honest.“

“The other is Dalinda’s great aria of anger and repentance ​“Neghittosi or voi che fate?” where Braid’s superb vocal control only heightens the aria’s emotions.“

“As Dalinda, Ambur Braid delivers the most nuanced and moving performance. […] Then she sings, and she pours every ounce of Dalinda’s yearning, innocence, and devotion into every note she sang.”

“Ambur Braid makes an exceptional UK debut bringing the right combination of fear and allure to the Queen of the Night, and achieving a fine balance between clarity and nuance in her sound in ​‘Der Hölle Rache’.”

“As she demonstrated in last season’s The Magic Flute, she can deliver the trifecta of crystalline high notes, blissfully graceful vocal cadenzas and deep emotional intensity that Mozart liked all his leading sopranos to possess.”

“Ambur Braid was our Vitellia, communicating malice with intense acting and a steely, tight vibrato. She cross-pollinated coloratura with verismo in Act 1” 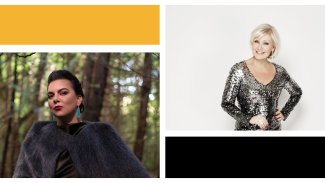 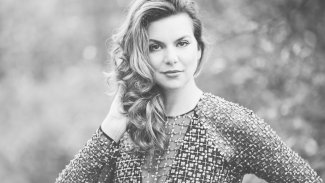 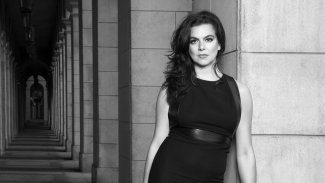 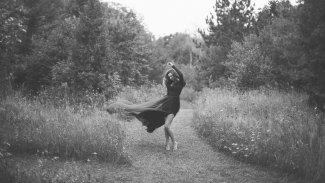 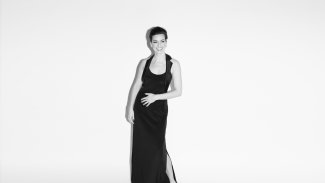