Allison Cook makes her company debut with Staatsoper Stuttgart singing Foreign Princess in Bastian Kraft’s new production of Rusalka. Performances open on 4 June, conducted by Oksana Lyniv. Foreign Princess marks a further extension of Allison’s eclectic repertoire, which also incorporates roles such as Venus (Tannhäuser) in which she made her debut this season in Wuppertal, and Kundry (Parsifal) which she sings for the first time next season under Pablo-Heras Casado. 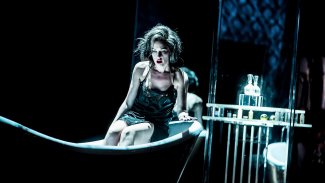