Jean-Efflam Bavouzet returns to Iceland Symphony Orchestra for a tour of the UK with Jan Pascal Tortelier. He performs Ravel’s Concerto for Piano in D major (for left hand) in Nottinham’s Royal Concert Hall on 8 February, Theatre Royal Norwich on 9 February, Birmingham’s Symphony Hall on 11 February, St David’s Hall in Cardiff on 13 February, and Leeds Town Hall on 15 February.

Bavouzet also performs in London on 14 February with the London Philharmonic Orchestra and Emmanuel Krivine at Royal Festival Hall. He returns to the UK at the end of the month for performances with the Royal Scottish National Orchestra and Sir Roger Norrington in Edinburgh on 28 February and Glasgow on 29 February. 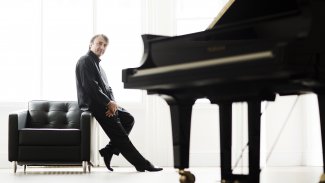