Susanna Mälkki returns to the States this month, making her second return visit to the New York Philharmonic following last year’s acclaimed concerts in which she​“led the New York Philharmonic in a performance […] that was so urgent, detailed and exciting” (The New York Times). On 18, 19 and 22 October she conducts a programme of Strauss’ Also sprach Zarathustra, Haydn’s Symphony No.22 ​“Philosopher” and Unsuk Chin’s Šu, a contemporary concerto for Sheng (Chinese reed instrument) and orchestra, performed by virtuoso Wu Wei.

Susanna then heads to Boston to conduct the Boston Symphony Orchestra on 24 – 26 October. These concerts feature ​“sensually colourful French music” and the American premiere of Swiss composer Dieter Ammann’s new work for piano and orchestra. The concerto is written for and performed by the German-born Swiss pianist Andreas Haefliger, whose interpretation of the work at its BBC Proms world premiere earlier this year was lauded for ​“virtuosic displays in the grand Lisztian manner” (Bachtrack). 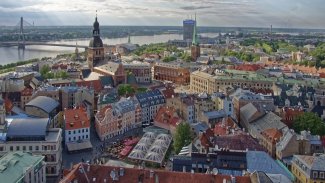