Jean-Yves Thibaudet and Osmo Vänskä perform James MacMillan’s Piano Concerto No.3 – The Mysteries of Light – with Iceland Symphony Orchestra (23 May). The piece was commissioned by Vänskä as Music Director of Minnesota Orchestra, and written for Thibaudet. The pair premiered the piece with Minnesota Orchestra in 2011.

In discussing the piece, MacMillan acknowledges the influence of Thibaudet and Vänskä in his writing: ​‘He says he ​“had Thibaudet’s French repertoire in mind” when he wrote the piece, and describes Olivier Messiaen — also a deeply Catholic composer — as ​“a presence I can’t get rid of whether I want to or not…” The Mysteries Of Light being overtly colouristic is perhaps a reflection of who MacMillan was writing it for — a reflection of the French soundworld that is deep in Thibaudet’s fingers. But there’s another soundworld at play, too. Osmo Vänskä, the Finnish conductor who commissioned the concerto, has long been a champion of MacMillan’s music. ​“Like him, I am a musician of the north,” says MacMillan. ​“When I hear music by other Scots, there are links with Nordic composers in a way that perhaps even English do not have.”’ (October 2013, Herald Scotland)

Listen to Jean-Yves discussing the piece:

Osmo Vänskä returns to Europe in May 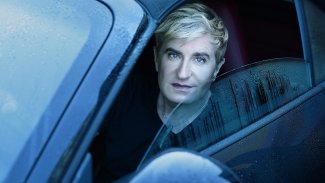