Anthony Roth Costanzo’s debut in the production’s initial run in London was heralded as ​“touchingly vulnerable” by The Telegraph and earned him high acclaim in subsequent performances with LA Opera last season. Anthony recently debuted as Giulio Cesare for Houston Grand Opera, Nerone (L’incoronazione di Poppea) for Cincinnati Opera, Boy/​First Angel in George Benjamin’s Written on Skin and returns to Europe in the spring as Prince Go-Go in Ligeti’s Le grand macabre at the Elbphilharmonie, Hamburg under Alan Gilbert. You can hear Glass’ ​‘Hymn to the Sun’ from Akhnaten on Anthony’s Grammy-nominated album ARC: Glass/​Handel.

As an ENO Harewood Artist Katie Stevenson made her mainstage debut last season in Nico Muhly’s Marnie, with upcoming performances as Third Lady in Simon McBurney’s celebrated production of The Magic Flute . Elsewhere Katie makes her company debut with Longborough Festival Opera in a new Ring Cycle under Anthony Negus, opening this summer as Flosshilde in Das Rheingold. 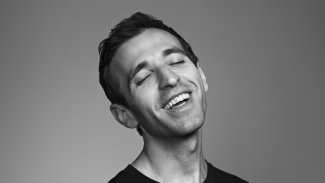 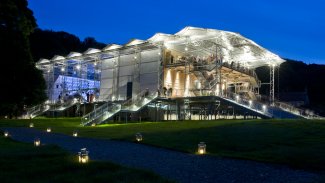