John Adams, Creative Chair of the Los Angeles Philharmonic, returns to the Orchestra this January, directing them in a scintillating programme that includes the world premiere of fellow US composer Philip Glass’s Symphony No.12 (subtitled ​“Lodger, from the music of David Bowie and Brian Eno” – the third of three symphonies by Glass honouring Bowie’s Berlin Trilogy, Low, Heroes and Lodger).

With performances on 10, 11 and 13 (matinee) January at the Walt Disney Concert Hall, the programme also includes Gabriella Smith’s Tumblebird Contrails (10 and 13 January only) and one of Adams’ own compositions, Grand Pianola Music. 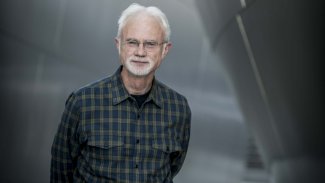 John Adams returns to the Oslo Philharmonic and Santa Cecilia