The tour starts in Yokohama at the Minato Mirai Hall with an all Schubert programme featuring his symphonies No.s 5 and 9. From here they journey to Tokorozawa on 9 December with Mozart’s Overture from Don Giovanni, Haydn’s Symphony No.101 and Schubert’s Symphony No.9. On 10 December the Orchestra are joined by violinist Hilary Hahn in Tokyo’s Bunka Kaikan where she plays Mozart’s Violin Concerto, performed alongside Schubert’s Symphony No.5 and Haydn’s Symphony No.104. Still in Tokyo, they head to Opera City on 12 December where Hahn performs Bach’s Violin Concerto, with Mozart’s Don Giovanni and Schubert’s Symphony No.9 also featuring. This programme combination is repeated at Nagoya’s Aichi Prefectural Art Theatre (13 December), Nishinomiya’s Hyogo Performing Arts Center (15 December), and Miyazaki’s Medikit Arts Center (16 December). 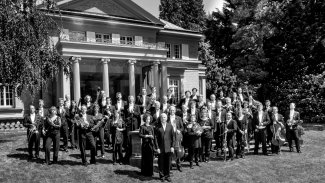