“As an oboist, Leleux is a remarkably charismatic, flamboyant performer, matching immaculate technique with a dazzlingly vivid identification with his music. Those qualities continue in his conducting – detailed, demanding, but full of such abundant enthusiasm that you’re swept up in it from the first moment”

Over the course of three weeks, François Leleux conducts a total of seven concerts with the Scottish Chamber Orchestra, Oslo Philharmonic and City of Birmingham Symphony Orchestra.

As a long-term collaborator and this season’s Special Featured Artist, Leleux returns to the Scottish Chamber Orchestra to conduct Haydn’s Symphony No. 82, Brahms’ Variations on a theme of Joseph Haydn, Schubert’s Deutsche Tänze, and play-direct performances of Haydn’s oboe concerto. Leleux and the Orchestra will perform in Ayr (Oct 03), Edinburgh (Oct 4), Glasgow (Oct 05), and Inverness (Oct 06).

Following his appearances in Scotland, Leleux has his conducting debut with the Oslo Philharmonic for concerts in Oslo (11 Oct) and Larvik (12 Oct). Here, Leleux conducts Brahms’ Academic Overture and Haydn variations, Debussy Nocturnes with the Oslo Philharmonic Choir, and play-direct performances of Debussy Rhapsodie for saxophonearranged for Cor Anglais by Giles Silvestrini.

Next, Leleux returns to the City of Birmingham Symphony Orchestra for his conducting debut. Leleux will lead from the podium to conduct Bizet’s Symphony No.1 and Brahm’s Haydn variations, and from the oboe and cor anglais for performances of Haydn’s oboe concerto and Silvestrini’s arrangement of Debussy Rhapsodie (17 Oct). 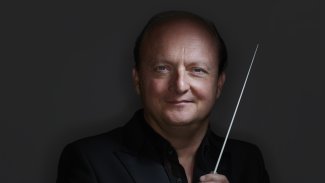 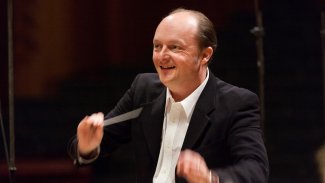