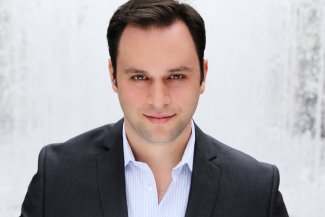 Paul Appleby debuts at Festival d’Aix-en-Provence as Tom Rakewell in Simon McBurney’s new production of The Rake’s Progress. Performances are conducted by Eivind Gullberg Jensen, also making his debut at the festival, from 5 July.

Swiftly becoming a calling-card role for Paul, he debuted Tom Rakewell at The Metropolitan Opera under James Levine, and will take it to Dutch National Opera in Amsterdam next season. These performances come shortly after an unexpected French debut at Opéra de Paris just a few months ago, in which Paul jumped in to a concert performance of Berlioz’s Béatrice et Bénédict under Philippe Jordan to great acclaim. In the autumn, Paul returns to home soil as he creates the role of Joe Cannon in John Adams’ highly-anticipated new opera, The Girls of the Golden West, for San Francisco Opera.