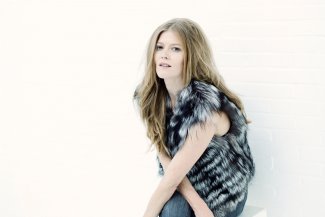 This Gramophone win marks the third time Hannigan has featured as a winner in the Contemporary category of the magazine’s annual awards. She features on the winning contemporary recordings in 2014 (Opus Arte’s DVD of George Benjamin’s Written on Skin) and 2013 (Deutsche Grammophon’s Dutilleux Correspondances with the Orchestre Philharmonique de Radio France and Esa-Pekka Salonen).

Since its world premiere with the Berliner Philharmoniker and Andris Nelsons in 2013, let me tell you has been critically acclaimed worldwide — the Guardian described it as ​“a stunning vehicle for Hannigan, with its floating, effortless-sounding high notes and pure, expressive tone” — and the recording has won the 2016 Grawemeyer and an RPS award. On 27 August Hannigan will give the London premiere of the work at the BBC Proms with the City of Birmingham Symphony Orchestra under the baton of Mirga Gražinytė-Tyla.