Barbara returns to the role following her ​“outstanding” (New York Times) award winning performances as Lulu in Brussels at La Monnaie in 2012.

Anne Sofie von Otter most recently worked with Christoph Marthaler on his new work Isoldes Abendbrot, written for Ms von Otter herself and which received its world premiere at Theater Basel in 2015, followed by performances at Staatsoper Hamburg and Wiener Festwochen last season.

Anne Sofie next returns to the operatic stage at the Royal Opera House, Covent Garden to reprise the role of Leonora in Thomas Adès’ The Exterminating Angel which she created for its world premiere at the 2016 Salzburger Festspiele. 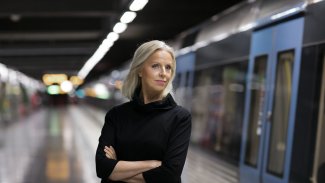