On 24 June Tamara Stefanovich performs a solo recital featuring two new works commissioned for her by the Aldeburgh Festival — Steingrimur Rohloff’s Three Etudes and Vassos Nicolaou’s Etudes — alongside works by Szymanowski and Abrahamsen.

Tamara then performs the world premiere of Benedict Mason’s The Four Slopes of Twice Among Gliders of her Gravity for piano and tape in a concert on 25 June featuring the Arditti Quartet and pianist Jonas Olsson. In a third recital on 26 June Tamara joins forces with Pierre-Laurent Aimard and Emanuel Ax for Bizet’s Jeux d’enfants.

Prior to the performances at Aldeburgh, Tamara performed in a trio recital with Pekka Kuusisto and Alec Frank-Gemmill at Glasgow’s Cottier Festival and Wigmore Hall. Later this summer she will go on to perform recitals at Teatro Municipal de Santiago, SWR Stuttgart and the Festival Messiaen au pays de la Meije. 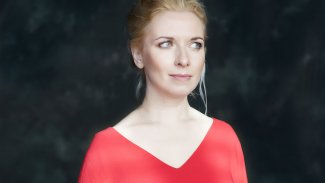