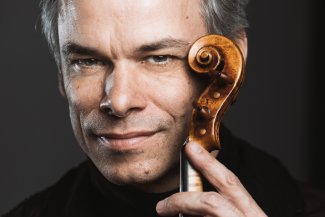 This week Benjamin Schmid makes his debut with the Toronto Symphony Orchestra under the baton of John Storgårds.

Schmid performs Bartók’s Violin Concerto No.1 at concerts on 28 and 29 October at the Roy Thomson Hall, Toronto in a programme that also features Nielsen’s Helios Overture and Sibelius’ Symphony No.2.

Following Benjamin’s recent visit to North America, for performances of Prokofiev’s Violin Concerto No.1 with Cincinnati Symphony Orchestra and Andrey Boreyko, the reviews were breathtaking: ​“Schmid tossed off extreme demands without breaking a sweat. He barely moved as he phrased the long, arching theme of the opening bars with a delicate, sweet tone. One of the highlights of the first movement was a section of high glissandos in the violin, played against an ethereal backdrop of harp, flutes and violins. It was a moment of extraordinary atmosphere. By contrast, the second movement was a diabolical scherzo. In Schmid’s hands, it was a dazzling, nonstop display of one feat after another. His playing was supercharged, and he crouched down to dig into the earthier phrases. The violinist’s big, glowing sound returned in the angular melodies of the finale. Phrases were beautifully shaped, and Schmid’s sound, even in the upper stratosphere of his instrument, a Vuillaume, was ravishing.” (Cincinnati Enquirer) 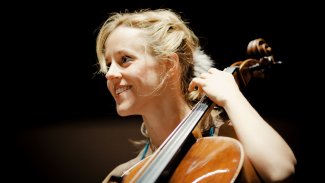