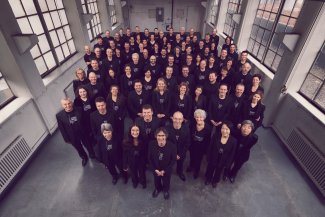 The season includes David Zinman​’s final concert as Music Director of the Tonhalle-Orchester Zürich on 21 July. Stepping down after almost twenty years with the orchestra, Zinman conducts music by composers with whom the distinguished partnership has become most associated: Strauss, Dvořák and Beethoven. The concert will be broadcast on 25 July on BBC Four.

Amongst a number of anticipated orchestral debuts in the Proms season is the Singapore Symphony Orchestra with Music Director Lan Shui. Credited with shaping the orchestra into a world-class ensemble, Shui conducts the European premiere of Zhou Long’s Piano Concerto on 2 September, with soloist Andreas Haefliger. Renowned for their interpretations of Rachmaninov, orchestra and conductor also perform the Russian composer’s Symphony No.2. The Proms appearance marks the SSO and Shui’s return to London following their highly successful European tour in 2010.

7 September sees the London debut of the Qatar Philharmonic Orchestra under their Music Director Han-Na Chang – who is making her Proms debut as a conductor. The ensemble is made up of some of the finest orchestral musicians from around the globe and this dynamic young partnership’s programme features works by Tchaikovsky and Iranian composer Behzad Ranjbaran; they are also joined by soloist Denis Matsuev in Rachmaninov’s Piano Concerto No.2. The concert will be broadcast on BBC Four on 12 September.