HarrisonParrott is proud to collaborate with the London Symphony Orchestra to bring this world-leading ensemble to audiences in Greater China through digital initiatives.

This was shortly followed by four HD films being broadcast in cinemas and theatres throughout the mainland of China, Hong Kong, Macau and Taiwan. The series began in summer 2021 in collaboration with the London Symphony Orchestra, HarrisonParrott and Beijing ATW Culture Media. This is the first time an orchestra has been featured in this series which, in the past, has included the likes of the National Theatre, Royal Ballet and Bolshoi Ballet. The London Symphony Orchestra’s distinctive programmes filmed from the Barbican and, in line with Covid restrictions, at LSO St Luke’s feature Sir Simon Rattle and their incoming Chief Conductor Sir Antonio Pappano. 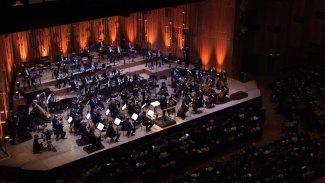 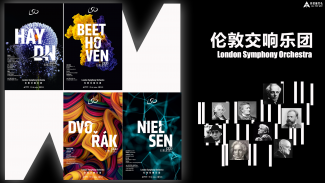 LONDON SYMPHONY ORCHESTRA TO APPEAR IN CINEMAS ACROSS GREATER CHINA