“an authentic musician, who has everything to become one of the major pianists of this century”

“At the age of 19, Israeli pianist Yoav Levanon already shows tremendous power and maturity”, Frankfurter Allgemeine Zeitungcommented on the young pianist’s impressive appearance at the 2022 Europa Open Air in Frankfurt where he performed Chopin’s Piano Concerto No. 2 with Frankfurt Radio Symphony Orchestra and Music Director Alain Altinoglu. The televised concert took place in front of an audience of 25,000 at site and almost half a million viewers worldwide.

Following on from his recital debut at St. Martin-in-the-Fields in London in early 2022, the 2022/23 season sees Yoav Levanon perform solo recitals at Boulez Saal in Berlin, Grand Auditorium de Radio France in Paris, Munich’s Prinzregententheater, Settimane Musicali di Ascona and the Menuhin Festival in Gstaad as well as on a tour of the US for the American Friends of the Israel Philharmonic Orchestra. Invitations from orchestras will lead him to the Luzerner Sinfonieorchester, Israel Chamber Orchestra and the North Netherlands Orchestra on tour in the Netherlands to include a stop at the Concertgebouw in Amsterdam.

Previous appearances include a solo performance in a ​“Piano Summit” presented by Martha Argerich at Schloss Elmau followed by a recital at the Piano aux Jacobins Festival in Toulouse and a recital at the Fondation Louis Vuitton in Paris. His performance was highly praised in a critic in Diapason: ​“Yoav Levanon is not only a stunning virtuoso. His assertive interpretative choices already make him an authentic musician, who has everything to become one of the major pianists of this century.” 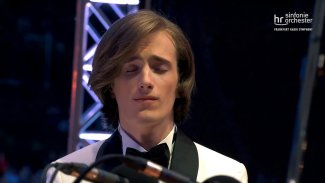 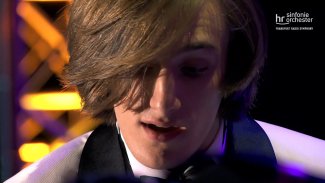 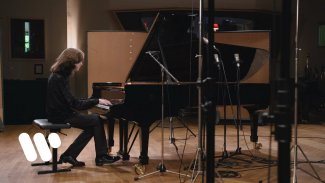 “Levanon is undaunted by Liszt’s Sonata, giving a performance of heroic sweep. A powerful player, the 18-year-old is nimble and articulate in the virtuoso passages, dramatic with the rhetorical flourishes, tender and lyrical when required. ”

“You are captivated from the first to the last note by piano playing that is not only characterized by outstanding ease and dexterity on the keyboard, but also displays amazing virtuosity and an understanding of musical form which is even more sensational for an 18-year-old. Yoav Levanon captures every motif, every theme, every sentence in its own unique way and experiences a lively, imaginatively ​“organic” design. No tone, no phrase is out of context. The fact that this great music develops meaningfully and compellingly is seldom conveyed so well. Five stars with an exclamation mark! First class transparent sound from the Teldex studio in Berlin.”

“Very impressive playing, very contemplative — very mature playing. This sounds like a very thoughtful pianist who could be 20 years older, so that there is a genuine sense of engagement here, a sense of maturity that belies his age. And a very interesting programming idea to bring these pieces together.”

“Above all, however, he succeeded in bringing the composer [Robert Schumann] and his moods to life with a play rich in contrasts”

“The Israeli pianist possesses a thundering energy at playing the piano that resonates, spinning under the starry dome of the choir as if he tries to blend into a torrential vertigo, to join some cosmic vibration.”

“an authentic musician, with innate and natural lyricism” 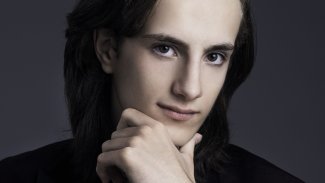 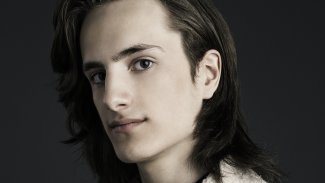