“….. I wasn’t prepared for the easy, rich, warm sound that poured out of him in one of the most beautiful arias in the repertory…a world-class voice.”

The profile of American tenor Issachah Savage was dramatically raised when he swept the boards at Seattle’s International Wagner Competition in 2014, taking First Prize, Audience Prize and Orchestra Favourite award. Formerly a member of San Francisco’s prestigious Merola Opera Program, Issachah performed a varied repertoire including scenes from Samson et Dalila, Lohengrin, Die Walküre and Parsifal. His performance of the last act of Verdi’s Otello, inspired the San Francisco Chronicle to write ​“From his opening notes — impeccably shaded and coiled with repressed fury — to the opera’s final explosion of grief and shame, Savage sang with a combination of power and finesse that is rare to observe.”

Operatic milestones of Issachah Savage’s recent seasons include his debut as Bacchus in Strauss’ Ariadne auf Naxos at Seattle Opera under Lawrence Renes, his Metropolitan Opera debut as Don Riccardo in Verdi’s Ernani conducted by James Levine, his Los Angeles Opera debut as Narraboth in Salome, and his recent return as Tӓnnhauser, both conducted by James Conlon, as well as his first Siegmund in Die Walküre at the Canadian Opera Company under Music Director, Johannes Debus. At Austin Lyric Opera, Savage has appeared in two of Verdi’s most demanding roles, as Otello, and as Radames in Aida. The latter role marked his debut at Houston Grand Opera under the baton of Antonino Fogliani. It was in the 2018/19 season that Issachah Savage made three major European debuts to great acclaim: as Bacchus in Ariadne auf Naxos at Théâtre du Capitole Toulouse under Evan Rogister, as Siegmund in Die Walküre with Opéra National de Bordeaux conducted by Paul Daniel and as Gran Sacerdote di Nettuno in Mozart’s Idomeneo in Peter Sellars’ acclaimed new staging for the 2019 Salzburg Festival, conducted by Teodore Currentzis. 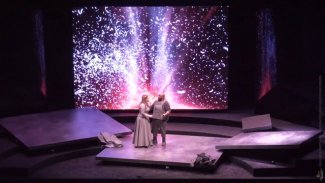 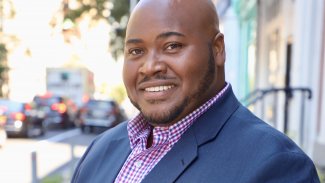 “Issachah Savage managed best as Tannhäuser. The American tenor displayed a big, lyric sound — but most impressive was his German diction. This, along with his impassioned facial expressions, made for an intimate performance — his Tannhäuser felt and sounded like a truly emotive Lieder singer.”

“American tenor Issachah Savage, the Tannhäuser, has a mighty voice that is loud but compact; assertive, yet capable of tenderness; and invested with unflagging energy. Savage’s Tannhäuser was everything Wagner wanted — ​“nowhere and never ​‘a little,’ but each thing fully and entirely.” Savage sustained this unnervingly split personality with great power.”

“Savage is among those rare singers who can be clearly heard above a full Wagnerian orchestra and chorus — a truly thrilling sound.”

“Wagner’s writing for tenor, in general and Tannhäuser specifically, could never be called grateful. Yet Mr. Savage met all these challenges head on and with a fearsome musicality and unexpected grace.”

“The American tenor sings this punishing role, composed by a sadistic Strauss, as if it were a lullaby. The voluminous and ample voice blooms naturally, and his technique, acquired in the best American schools, assures him all the rest: breath, diction, style, and especially stamina.”

“Tenor Issachah Savage surmounted the soaring ​“Ingemisco,” not just deploying operatic sobs, but seeming to expand one until it enveloped the hall.”

“Savage has that rarest of instruments: a large voice of melting beauty. He wielded it with ease and grace through a long night of singing, marshalling his energy wisely so that he had plenty to give where it counted, especially the Act V prayer, the evening’s showpiece…He’s got a voice that makes you want to hear more of it — and the night belonged to him.”

“When Savage sang the opening line of yesterday’s Die Walküre, we immediately knew that we were in store for something quite different. Instead of the usual tenor with baritone colouration and vocal heft, we had a lyric, unforced dramatic tenor, lighter in colour and yet powerful. Savage was careful to pace the first two acts in which he appears – building from strength-to-strength. The roaring ovation that greeted him when he walked out on stage for his curtain call was of a quality and pitch usually reserved for only the greatest of singers.”

“He has a robust, ringing tenor, and he also sings lyrically, with a young, healthy sound. It was a creditable vocal debut from a very promising singer.”

“…tenor Issachah Savage proved a tremendous, heroic Lohengrin. The line of his gorgeous voice in ​“Mein lieber Schwann” was seamless, the energy unflagging.”

“….. I wasn’t prepared for the easy, rich, warm sound that poured out of him in one of the most beautiful arias in the repertory…a world-class voice.” 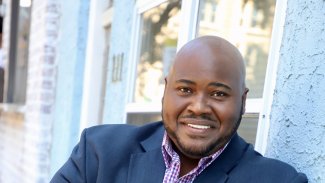 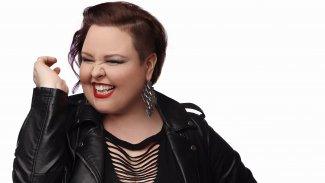 Gods and Giants: our leading Wagnerians