“she sang with abundant warmth and generosity, maintaining an elegant poise in Rossini’s ​‘Willow Song’ and imbuing Mozart’s ​‘Mi tradi’ with full-blooded gusto”

In her second and final season of Covent Garden’s prestigious Jette Parker Young Artist Programme, Spanish-born British soprano Alexandra Lowe will feature in Mozart, Handel and Britten roles among other projects and work under conductors Hartmut Haenchen, Harry Bicket and Sir Antonio Pappano. Despite the pandemic-related challenges of Alexandra’s first season as a Covent Garden Young Artist, she was able to make a highly acclaimed mainstage debut as ​“an exquisite, self-assured Dafne” (The Guardian) in Handel’s Apollo e Dafne under Christian Curnyn and participate in a host of online events including an ensemble recital with Antonio Pappano at the piano, and the contemporary 8bit Series presenting newly commissioned works. 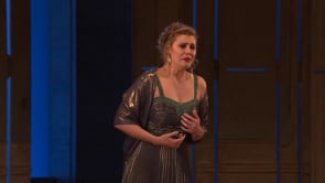 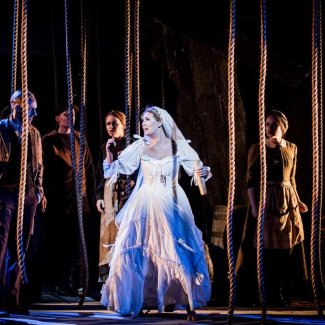 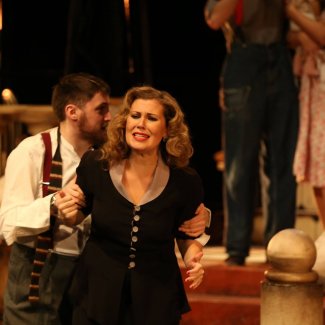 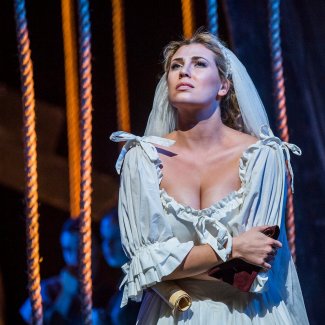 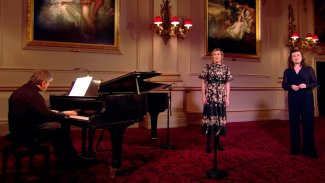 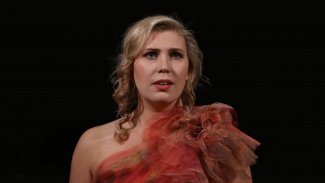 “Alexandra Lowe is a lyric soprano who should be welcomed by opera houses all over the world.”

“The second half opened with the balcony scene from Charles Gounod’s Roméo et Juliette, showcasing the talents of Egor Zhuravskii and Alexandra Lowe. Lowe did stroppy and playful to a tee… Lowe too has spryness on her side, was always zesty and effervescent, and never wanted for power.”

“In soprano Alexandra Lowe’s yearning performance, the flutterings of love and the burgeoning of nature were nicely blended. She has a lovely light soprano voice; in the duet from Mozart’s Cosi fan tutte, she nicely caught the change from despairing resistance to her wooer, to her final yielding.”

“Alexander Lowe (a Jette Parker Young Artist) caught the eye and ear as a sweet-voiced Daphne, eliciting our sympathy for her plight.”

“Daphne, sung with a beguiling mix of feminine grace and withering fire by soprano Alexandra Lowe.”

“she sang with abundant warmth and generosity, maintaining an elegant poise in Rossini’s ​‘Willow Song’ and imbuing Mozart’s ​‘Mi tradi’ with full-blooded gusto”

“Alexandra Lowe was a vibrant yet touching Governess in the Tower Scene from The Turn of the Screw, articulating her anxiety finely.”

“Vocal highlights came from Alexandra Lowe as Elvira…every time Elvira came onstage, we were treated to scrumptious tone, engaging rubato and all the poignancy that the jilted Elvira oozes.”

“The other standout in this talented cast was Alexandra Lowe’s committed Elvira, tearing at the heartstrings with an impassioned but nicely focused ​‘Mi tradi’.”

“Alexandra Lowe (Donna Elvira)…for the power in her singing, her believable characterisation and a glorious ​‘Mi tradi’.”

“Dramatically and vocally the performances are solid, led by Alexandra Lowe’s virtuosic Fiordiligi”

“Alexandra Lowe as Fiordiligi reveals an accomplished soprano that is extremely vibrant,”

“Alexandra Lowe as Fiordiligi sustained her tone quality and power throughout the piece, with a show-stopping ​‘Per pieta’ in the second act”

“Alexandra Lowe has the dramatic edge for ​‘Come scoglio’ and the emotional complexity for her ​‘Per pietà,’”

“Lowe’s Fiordiligi takes no prisoners in a stern, endearingly self-righteous ​‘Come scoglio’ that exploits the trumpet-like penetration of her voice, which she then softens for a superbly puzzled, unhappy ​‘Per pietà’ of tear-jerking directness.”

“Standout contributions come from soprano Alexandra Lowe as The Bride in the first story,”

“Alexandra Lowe stood out in the title role [of Theodora]: her diction is above reproach, and she made ​‘Angels, Ever Bright and Fair’ the show-stopper it was meant to be.”

“As the eponymous Theodora, Alexandra Lowe was outstanding. Blessed with height and presence, she characterized the role in her acting and quality of vocal expression in a well thought out manner.” 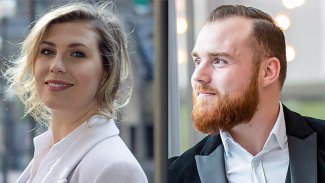