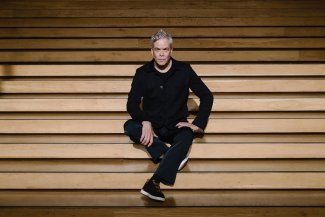 HarrisonParrott is delighted to announce that Hannu Lintu has been appointed Music Director of the Gulbenkian Orchestra.

He will take up the position from September 2023 although his first full season will be the 2024/25 season. The appointment is for an initial period of four years. A regular guest conductor at the orchestra, Lintu also continues in his role as Principal Conductor of the Finnish National Opera in Helsinki.

Speaking of his appointment, Lintu said: ​“I have been working and performing with the Orquestra Gulbenkian for years and each concert has been an immense joy. The atmosphere and concentration are admirable and their music making always rewarding. The hall and the whole Fundção Calouste Gulbenkian community offer a unique and inspiring environment for music and art. I’m looking forward to many seasons full of elevating experiences with the wonderful Orchestra and the Coro Gulbenkian.”

Risto Nieminen, Director of the Fundação Calouste Gulbenkian since 2009 says: ​“Hannu Lintu’s deep knowledge of repertoire and his capacity of transmitting musical ideas to the orchestra is very special. We are extremely happy to welcome him to lead the next chapter of Gulbenkian Orchestra’s musical journey.”

Alongside his new position, Lintu continues to guest conduct some of the world’s leading orchestras. Later this month, he makes debuts with the Atlanta Symphony and New York Philharmonic and this season includes visits (many of them returns) to St Louis, Montreal, BBC Symphony, Netherlands Radio Philharmonic, Konzerthausorchester Berlin and Helsinki Philharmonic orchestras. He conducts Turandot at the Finnish National Opera as well as continuing the Ring Cycle in spring 2023 with Siegfried.