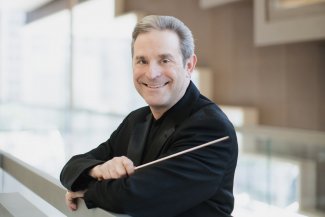 We are thrilled to welcome David Briskin to our Dance roster for general management.

American-Canadian Conductor David Briskin is widely recognized as one of contemporary ballet’s most accomplished conductors, noted both for the range of his repertoire and the insightfulness of his musical interpretations. This year marks his 17th season as Music Director and Principal Conductor of The National Ballet of Canada.

The 2022/23 season began in London where Briskin served as Music Supervisor and Conductor for Nureyev Legend and Legacy at Theatre Royal Drury Lane featuring an international cast of celebrated dancers accompanied by the Royal Ballet Sinfonia. The performance may be seen on Marquee TV.

Last season, David Briskin led performances of John Neumeier’s Romeo and Juliet, and La Sylphide with The Royal Danish Ballet, both in Copenhagen and on tour throughout Denmark. He made his first appearance with Hamburg Ballet, conducting Christopher Wheeldon’s The Winter’s Tale, and conducted The Fort Worth (Texas) Symphony Orchestra in (a subscription) concert featuring Joby Talbot’s Ink Dark Moon guitar concerto with Russian guitarist Artyom Dervoed.