This month, Pene Pati makes his debut appearance at Opéra National de Paris, as Nemorino in Laurent Pelly’s staging of L’elisir d’amore. Performances run from 24 October to 9 November, under the baton of Giampaolo Bisanti.

This follows his much-anticipated debut in Germany, singing Mascagni’s Gloria at Klangvokal Musikfestival Dortmund on 10 October. Pati was due to debut in Germany last year, at Staatsoper Berlin, before the project was postponed as a result of the pandemic – he will make his house debut there this spring, singing Alfredo in La traviata. 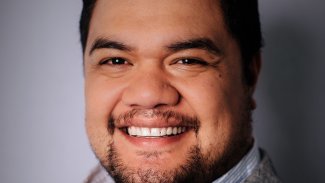 Pene Pati, ​“a Romeo to reckon with” at San Francisco Opera