Saxophonist and presenter Jess Gillam has been awarded an MBE in the Queen’s Birthday Honours list 2021 for Services to Music.

‘I feel extremely touched to receive this award, especially in a year where so many people have done such incredible and selfless things. It’s very unexpected and a complete surprise — I’m very grateful to all of those who have supported me and to have had the opportunity to learn an instrument in the first place. Music has changed my life and I‘m passionate about sharing its magic with other people!’

Hailing from Ulverston in Cumbria, Jess Gillam is animating the music world with her outstanding talent and infectious personality. After performing at the Last Night of the Proms in 2018 and having her performance described as ​“the indisputable highlight” by BBC News, Jess continues to grow her international career as well as presenting on TV and Radio.

Jess is passionate about inspiring and bringing joy to people through music and has continued to do so throughout the Coronavirus pandemic. In May 2020 Jess appeared as a special guest at the Royal Albert Hall’s VE Day 75 Commemoration and in July she returned for a performance as part of the ​‘Royal Albert Home’ series. While in lock-down Jess launched her Virtual Scratch Orchestra, inviting musicians of any standard to come together to play music virtually with her. The orchestra played music by David Bowie and The Beatles as well as a Christmas special of Leroy Anderson’s Sleigh Ride. Over 2,000 people from around 30 different countries took part across the two projects, aged 2 – 94, playing a huge range of instruments.

After reaching no.1 in the classical charts with her latest album, TIME, Jess Gillam performs music from the album on tour for the first time in eight locations across England from 26 June – 25 August. She is joined by a small ensemble made up of an incredible group of musicians from a wide range of musical backgrounds but with roots in classical music. The Jess Gillam Ensemble includes Roberts Balanas & Michael Jones (violins); Eoin Schmidt-Martin (viola); Gabriella Swallow (cello); Sam Becker (bass); Elsa Bradley (percussion) and Leif Kaner-Lidstrom (piano).

In a UK first, Jess celebrates her ARIA-winning weekly BBC Radio 3 show and podcast, ​‘This Classical Life’ with the BBC Concert Orchestra and special guests, live at the Southbank Centre’s Royal Festival Hall on 7 July at 19:30 BST. Guest performers will include composer, drummer and producer Ollie Howell who has written music for multi-award-winning films and TV series; soprano Soraya Mafi; singer Orlando Weeks former frontman of The Maccabees and songwriter, vocalist and cellist Ayanna Witter-Johnson.

Exploring their musical influences and favourite styles, Jess and her guests will share and perform an eclectic range of music they love. Celebrating the power of live music, the concert promises to be an exhilarating and emotional evening conducted by the London Contemporary Orchestra’s Hugh Brunt. More details here. This Classical Life: Live will be broadcast on BBC Radio 3 on 14 July at 7.30pm.

Jess is a passionate advocate for the power of music in society, often combining her concert engagements with educational and social projects. She is also a patron for Awards for Young Musicians.

Other highlights this summer include recitals at Summer at Breinton on 13 June and Wigmore Hall on 14 June both with pianist Zeynep Ozsuca in a programme including Britten, Dowland and Edmund Finnis. Jess performs Glazunov’s Concerto in E flat for alto saxophone and Michael Nyman’s Where the Bee Dances with the London Mozart Players on 24 June at Fairfield Halls. Jess also performs the Glazunov Concerto with the European Union Youth Orchestra (EUYO) at Grafenegg on 19 August and Nyman’s Where the Bee Dances at the Bolzano Festival Bozen on 17 August and the Elbephilahrmonie, Hamburg on 21 August. 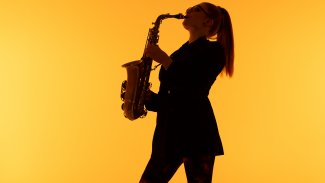 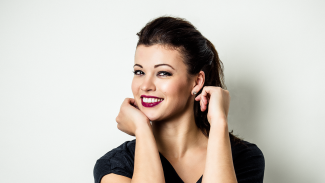