Dalia Stasevska has been awarded the Royal Philharmonic Society’s 2020 Conductor Award, announced last night in a digital presentation on the RPS Awards’ website, where it remains available to view on demand.

The two other nominees in the Conductor Award category were Martyn Brabbins and Jonathon Heyward. The evening was specially filmed at Wigmore Hall and presented by BBC Radio 3’s Georgia Mann. Longstanding partner of the RPS Awards, BBC Radio 3 will present a musical celebration of the winners on Monday 23 November at 7.30pm.

The Conductor Award panel was made up of Dougie Scarfe (Chief Executive, Bournemouth Symphony Orchestra); Jo Buckley (Chief Executive, Dunedin Consort); Sian Edwards (conductor); Zoe Beyers (Co-Leader, BBC Philharmonic); Linton Stephens (Bassoon, Chineke!). They commended: ​‘Dalia Stasevska made an instant impression at the 2019 Proms as the BBC Symphony Orchestra’s new Principal Guest Conductor. She possesses a dynamite combination of energy and integrity, sure to make this a thrilling collaboration in the years to come.’

Dalia Stasevska commented: ​“It is a tremendous honour to receive the Conductor’s Royal Philharmonic Society Award and an enormous thank you to the RPS. The UK holds a very special place for me. I feel this award also goes to the BBC Symphony Orchestra with whom I have started a musical journey as their Principal Guest Conductor.”

Dalia Stasevska returns to the BBC Symphony Orchestra on 13 December 2020 joined by Physicist Professor Brian Cox to explore music and the cosmos. Stasevska will conduct the third movement of Sibelius’s Symphony No.5 arranged by Iain Farrington, Ives’ The Unanswered Question, and the first movement of Mahler’s Symphony No.10, arranged by Michelle Castelletti. Part of the ​‘Live from the Barbican’ series, the concert will be available to watch online via www​.bar​bi​can​.org​.uk. 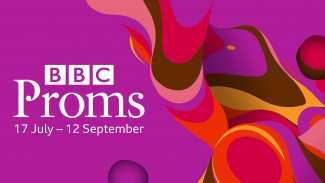 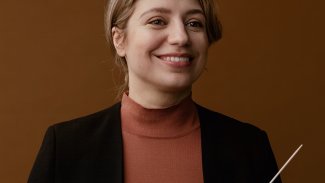