We are all made of the same stuff 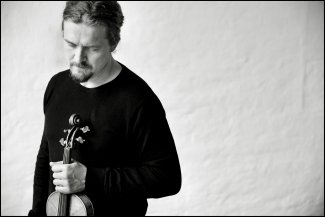 Christian Tetzlaff tells us about how music brings people together

In these times it is important to remind ourselves that we are all made of the same stuff. As the world drives us all apart as quickly as possible, even if we vote for completely different parties, at a good concert, everyone can sit there and say, ​‘I was touched in my soul. Everyone else in the row next to me is also struggling in this life, trying to find love and fulfilment.’ This is more crucial than ever – to say that we belong together, no matter what our circumstances and political opinions.

Only classical music can do this. I love pop music, but at a pop concert, the stars on stage are not shy about promoting themselves. They bring the audience together as a crowd, and that is wonderful, but a late Beethoven quartet, Schubert song or Brahms symphony doesn’t numb or overwhelm you. It encourages a deep enquiry from each member of the audience.

Our role is to be the mediator, to talk about Brahms, to be part of a performance and share it with the audience. When a player goes on stage and says, ​‘Look at me, I do this and I do that,’ they are in the way of the music. For example, in the first movement of the Brahms Violin Concerto, the solo violin accompanies the orchestra for ten minutes, but if everyone is listening to the accompanying figures of the soloist, the tail is wagging the dog.

We should be interpreters of great music and create emotional gatherings with the audience, instead of using them to promote ourselves – that’s how to protect music in the lives of people.

It’s always been like this. Once when Schumann went to hear Liszt perform, he wrote a letter to Clara, describing how Liszt had played phenomenally, women were lying at his feet and he looked magnificent in his long robe. Then he wrote, ​‘But we, Clara, know what real music is about.’ Schumann means that real music has a humble and devotional aspect to it, and that’s the attitude I seek.

It’s the measure of the player. I know that in the real world there must be advertising and something to draw people’s interest into the concert hall, so it’s not simple, but it will help if more promoters and audience members look for something that’s important and not superficial.

Violinists and their followers are always proud when someone says, ​‘I heard one note and knew it was them,’ but that’s a double-edged compliment, because it means that violinist is playing themselves. Of course, there is always a personal sound that we recognise, but factors such as vibrato and bowing should be completely different whatever story you are telling. It’s like with a good actor: you recognise their face, but their acting is different for whatever role they’re playing.

When I compare my playing now to when I was younger, I notice that I’ve gained freedom in communicating. This isn’t about saying, ​‘Today I will play this movement really fast or slow or loud or soft.’ It’s about, ​‘How do I phrase this melody? Do I give it more pain or hope or restraint?’ This freedom has grown every decade for me.

When you’re 25, you can’t decide how to be – it’s a competitive world, unfortunately, and there are many different players. It’s wonderful to be on the other side now, knowing exactly where I belong, enjoying playing and not having to fight any more. The only advice I can offer is that you are safe as long as your musical wishes and the depth of your musical are what make you perform. Things might be slower in the beginning than if you made a big splash, but they might last longer, because with the violin, especially, people burn fast and famous. It’s difficult to sustain. It’s important to believe in the substance of music and not just in violin playing. It’s also more fun. 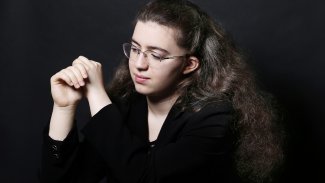 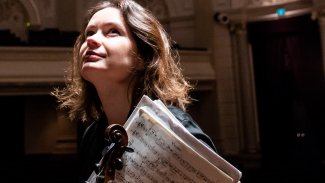 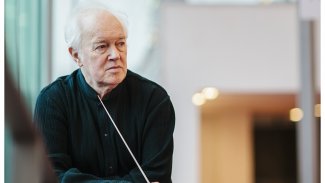