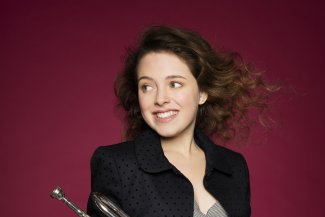 On 28th August, Lucienne Renaudin Vary makes her Prom debut in Snape Maltings, playing An American in Paris medley and Selections from West Side Story adapted for trumpet by Bill Elliott. The concert is going to be with the BBC Concert Orchestra, which Lucienne recorded her upcoming album Mademoiselle in New York with, to be released in early October.

Lucienne will also play some of her new album repertoire on 14 September at the OdeGand Festival, in the closing concert.