“…Stephanie Childress, was both the conductor and the concert’s stand out performer. From the moment she entered the Chapel she commanded the orchestra with such poise and energy that it was truly impossible to believe she was only eighteen years of age.”

Stephanie Childress has performed extensively as conductor, director, soloist and chamber musician across the UK and beyond. Having recently graduated from Cambridge University, she was a finalist in the strings category of the BBC Young Musician of the Year 2018 and is rapidly building an impressive conducting profile.

Stephanie recently conducted a performance of The Enchanted Island with the British Youth Opera and made her debut with the Southbank Sinfonia in April 2018 conducting and directing a programme of Respighi and Piazzolla. She has also conducted performances of Britten’s opera The Rape of Lucretia and his song cycle, Les Illuminations, at St John’s College Cambridge, followed by Lennox Berkeley’s opera, A Dinner Engagement for the Cambridge University Opera Society. In her final year, she conducted Beethoven’s Ninth Symphony in the St John’s College Chapel, a concert combining the majority of all Cambridge University instrumentalists and choirs.

Upcoming performances this autumn include the Tchaikovsky Violin Concerto with the Sinfonia of Cambridge, conducted by Howard Williams, as well as her conducting debut with the Cambridge University Sinfonia in a programme of Prokofiev and Brahms.

“Clarity, and in particular unity, also flows from the orchestra under the baton of Stephanie Childress, a seriously exciting (and unnervingly young) talent who conjures a lithe, supple and above all united sound from her instrumentalists, full of atmosphere, drama and poise.” 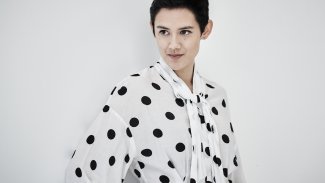