Partnering with his Lemanic Ensemble in a concert entitled ​“For a while…”, Bleuse conducts Emmanuel Pahud and Svetlin Roussev celebrating Michael Jarrell’s 60th birthday in Geneva’s Victoria Hall. Bleuse’s strong relationship with the composer started when Jarrell entrusted him with a production of his opera Cassandre in Aix’s Grand Théâtre de Provence in January 2017.

Due to these exciting developments in Bleuse’s career, he will debut with Orchestre de Paris in a series of educational concerts in November centred around Holst’s Planets, a performance at Beirut’s Chants Festival in December featuring Bertrand Chamayou, and concerts around France and with China National Symphony Orchestra throughout the rest of the season. 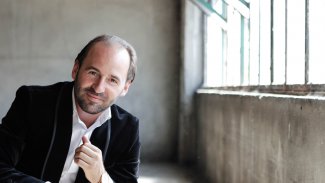