BBC Symphony Orchestra embark on an extensive ten-concert tour across Japan, for the 37th edition of the prestigious Toshiba Grand Concert, together with conductor Sakari Oramo, and soloists Alina Pogostkina and Yu Kosuge.

The tour features three programmes to be performed in some of the most prominent venues across Japan. The first concert takes place at ACROS Fukuoka Symphony Hall on 1 March, where Alina Pogostkina performs Tchaikovsky’s Violin Concerto. The remainder of the programme features Britten’s Peter Grimes; Four Sea Interludes and Passacaglia, as well as Brahms’ Symphony No.1. The programme is performed again on 5 March, in Suntory Hall, Tokyo, in Ishikawa Ongakudo Concert Hall, Kanazawa on 6 March and in Muza Kawasaki Symphony Hall on 8 March.

The second programme of the tour features instead Sibelius’ Symphony No.5 in the second half. Under the baton of Sakari Oramo and joined by Alina Pogostkina, the BBC Symphony Orchestra will delight audiences in Hiroshima’s Ueno Gakuen Hall on 2 March and Izumity 21 in Sendai on 4 March.

Yu Kosuge joins the Orchestra for a concert in Osaka’s Festival Hall on 7 March, performing Rachmaninov: Piano Concerto No.2. The third programme of the tour also features Mahler: Symphony No.5. They will give repeat performances of the programme on 10 March, in Nagoya’s NTK Hall, as well as in Suntory Hall, Tokyo, on 11 and 12 March.

Inviting a prominent orchestra from overseas to perform with a renowned list of soloists every year, the Toshiba Grand Concert enters its 37th edition since its first in 1982. Founded in 1930, the BBC Symphony Orchestra provides the backbone of the BBC Proms, performing around a dozen concerts at the Festival each year. Central to the Orchestra’s life are public studio recordings for BBC Radio 3 at its Maida Vale home and performing throughout the world. 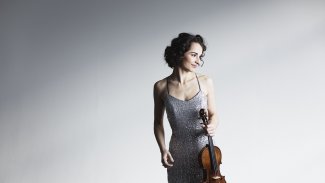