Alexey Stadler returns to the Royal Liverpool Philharmonic Orchestra for two concerts in Liverpool on 21 and 22 September, performing Dvořák’s Cello Concerto under the baton of Vasily Petrenko. In advance of this concert Alexey will feature in BBC Radio 3’s In Tune on 18 September from 6pm. This concert follows his successful BBC Proms debut with the Orchestra with Vasily Petrenko in August 2016.

Alexey returns to the UK for a tour with the BBC National Orchestra Wales under Xian Zhang with concerts in Aberystwyth (16 November), Bangor (17 November) and Llandudno (19 November). This tour marks his debut with the Orchestra. 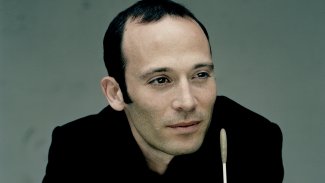 Ariel Zuckermann and Alexey Stadler perform together in Latvia and Sweden