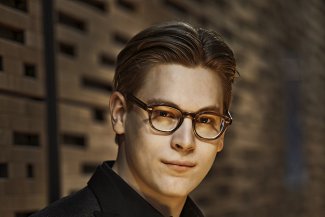 We are delighted to announce that Klaus Mäkelä has been appointed Artist in Association with Tapiola Sinfonietta in Espoo, Finland starting Autumn 2018.

Klaus Mäkelä plays a Giovanni Grancino cello from 1698, kindly made available to him by the OP Art Foundation.