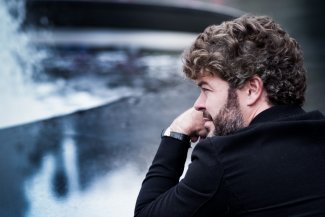 The Governing Council of Granada’s International Festival of Music and Dance has named Pablo Heras-Casado its next director.

Heras-Casado, who has previously been awarded the Golden Medal of Merit by Granada’s City Council and named Hijo Predilecto of the Province of Granada, will lead the festival and the Cursos Internacionales Manuel de Falla for four seasons beginning in September 2017.

“I’m deeply honoured to be trusted with the leadership of this cornerstone institution of my home town, and thrilled to continue the festival’s tradition of the highest standards of excellence and relevance, both nationally and internationally”

The International Festival of Music and Dance of Granada, founded in 1952, is one of Europe’s leading festivals, attracting over 30,000 visitors every year. Each June and July, some of the world’s most prominent performers transform the UNESCO World Heritage Site into an international hotspot for classical music, dance and theatre.

Named Conductor of the Year by Musical America in 2014, Pablo Heras-Casado is Principal Conductor of the Orchestra of St. Luke’s in New York and Principal Guest Conductor of Teatro Real of Madrid. In 2016/17 he returns to the New York and Los Angeles philharmonics, San Francisco Symphony, London Symphony and Philharmonia orchestras and Münchner Philharmoniker, and is due to reappear with Orchestra dell’Accademia Nazionale di Santa Cecilia. He recently finished a tour with the Balthasar-Neumann Chor & Ensemble in Spain, celebrating the 450th anniversary of Monteverdi, and is due to tour Europe with the Freiburger Barockorchester and Isabelle Faust. Opera projects in the current season include Le nozze di Figaro at Staatsoper Berlin, Carmenwith Orchestre de Paris at Festival d’Aix en Provence and Der Fliegende Holländer at Teatro Real.