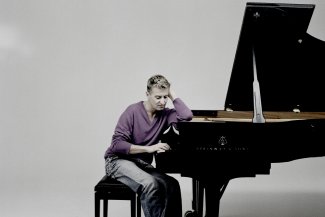 Jean-Yves Thibaudet tours with Gustavo Dudamel and the Simón Bolívar Symphony Orchestra of Venezuela for performances of Messiaen’s Turangalîla-symphonie in Lisbon (September 8), Lucerne (September 11) as part of the Lucerne Festival, and Berlin at the Berliner Festspiele (September 13).

Following these European appearances, Thibaudet will join Dudamel and the Simón Bolívar Symphony Orchestra at Carnegie Hall (8 October) as part of the orchestra’s 3‑night gala, opening the Carnegie Hall 2016/17 season.

Other upcoming highlights for Thibaudet include the first performance of his residency with Orchestre National de France under Stéphane Denève on 15 September, as well as a European tour with the St. Petersburg Philharmonic under Yuri Temirkanov in November.

“One doesn’t think of Jean-Yves Thibaudet as a power pianist but the French musician brought striking muscle and staggering bravura to the keyboard role, finding poetry as well as virtuosic fire in Messiaen’s impossible demands.” 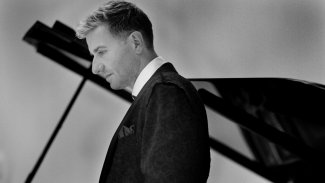