Fourteen HarrisonParrott artists to perform at the 120th BBC Proms 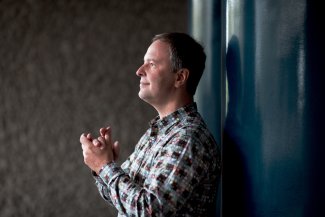 Fourteen HarrisonParrott artists are set to perform at the 120th BBC Proms.

Having led the Last Night of the Proms in 2014, Sakari Oramo returns to the Royal Albert Hall to conduct the BBC Symphony Orchestra at the First Night of the 2015 Proms on 17 July in a programme that features works by Nielsen, Mozart, Sibelius and Walton as well as the world premiere of Gary Carpenter’s Dadaville. Oramo returns for two more concerts with the BBCSO on 21 and 29 August, both of which feature works by Sibelius in celebration of the composer’s 150th anniversary. The concert on 21 August also includes works by Leifs, Anders Hillborg and Beethoven.

Continuing the Sibelius theme, Osmo Vänskä conducts the BBCSO on 17 August in a programme dedicated to the composer – they perform his Symphonies Nos. 5, 6 and 7.

In celebration of Boulez’ 90th Birthday year, Susanna Mälkki conducts the BBCSO in his Notations 1 – 4 and 7 on 27 July. The concert also features the UK premiere of Luca Francesconi’s Violin Concerto: Duende, The Dark Notes with Leila Josefowicz as soloist – for whom the concerto was written — and Holst’s The Planets.

Making their BBC Proms debuts this year are bass-baritone Derek Welton, mezzo-soprano Jamie Barton and soprano Klara Ek. On 1 August Welton sings Bruckner’s Mass No.3 with the BBC Philharmonic, Barton then performs Brahms’ Alto Rhapsody with the Orchestra of the Age of Enlightenment under the baton of Marin Alsop on 1 September, and on 3 September Ek sings Mahler’s Symphony No.4 with the BBC National Orchestra of Wales under Thomas Søndergård – both of whom she performs with at St David’s Cathedral in July.

Pianist Alexei Volodin also makes his BBC Proms debut this year, performing Prokofiev’s Piano Concerto No.4 with the London Symphony Orchestra under Valery Gergiev, in a concert dedicated to the composer’s five piano concertos on 28 July. Volodin has already worked with Gergiev a number of times this season in his role as Artist in Residence with The Mariinsky Orchestra, and together they have toured this project to cities worldwide.

Further piano concerto performances – a particular focus for this year’s Proms – come from Jean-Efflam Bavouzet on 7 August who plays Ravel’s Piano Concerto with the BBC Philharmonic under Nicholas Collon, and Nikolai Lugansky who joins the St Petersburg Philharmonic Orchestra and Yuri Temirkanov for Rachmaninov’s Piano Concerto No.2 on 7 September.

Four other HarrisonParrott conductors return to the BBC Proms this year – on 29 July Xian Zhang conducts Qigang Chen’s Iris Dévoilée, combining the BBC National Orchestra of Wales with three Chinese instrumental soloists and three sopranos, Oliver Knussen leads the BBCSO on 6 August in a concert of works by Dukas, Turnage, Schuller and Scriabin, and Kirill Karabits conducts the Bournemouth Symphony Orchestra in a programme that features Prokofiev’s Symphony No.5 on 10 August. At the Royal College of Music on 8 August Rumon Gamba conducts a Proms Plus concert which features compositions by six winners from the 2014 BBC Young Composer’s Competition.

All concerts will be broadcast live on BBC Radio 3.