Jean-Efflam Bavouzet’s Prokofiev Piano Concertos cycle on Chandos with the BBC Philharmonic conducted by Gianandrea Noseda wins in the Concerto category. He previously won this award in 2011 for his Chandos recording of works by Ravel, Debussy and Massenet with the BBC Symphony Orchestra and Yan Pascal Tortelier. In 2009 he won the Instrumental category for volume 4 of his complete Debussy survey. This year Jean-Efflam was also nominated in the Artist of the Year category.

For the second year running Barbara Hannigan features on the winning recording in the Contemporary category for her performance as Agnès in Opus Arte’s DVD of George Benjamin’s Written on Skin. Gramophone noted that Barbara’s performance combined ​“vocal trapeze-work with a thoroughly modern dramatic intensity”. The opera was commissioned for the Aix-en-Provence Festival and has since been performed at a number of venues across Europe.

Laurent Pelly’s production of Ravel’s double-bill at Glyndebourne Opera on DVD from FRA Music featuring Kathleen Kim as Nightingale in L’enfant et les sortilèges wins the Opera category. Kathleen performs with the London Philharmonic Orchestra conducted by Kazushi Ono and the recording also includes L’heure espagnole. These productions were streamed live on the Guardian​’s website and performed in concert at the 2012 BBC Proms to great acclaim. 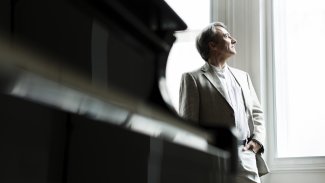 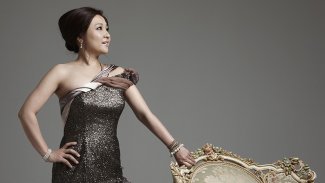