HarrisonParrott worked with one of Latin America’s most prestigious venues, Teatro Mayor in Bogotá, to curate a celebration of British arts organisations on their digital channel, Teatro Digital.

The series launched with a performance from Chineke! Orchestra conducted by Fawzi Haimor and featuring violin soloist Tai Murray. The programme included Samuel Coleridge-Taylor’s ​‘Othello Suite’ taken from incidental music written for a production of the play in 1911.

Amongst other ensembles, The Hallé also present a concert on the platform conducted by Tabita Berglund. 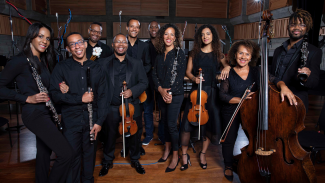