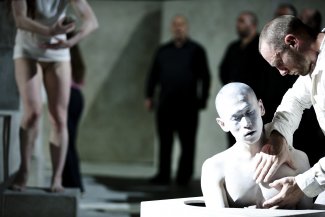 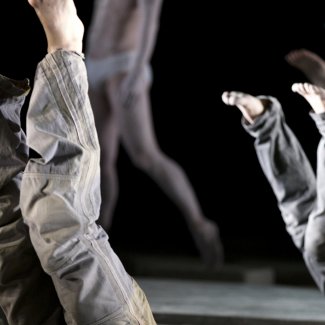 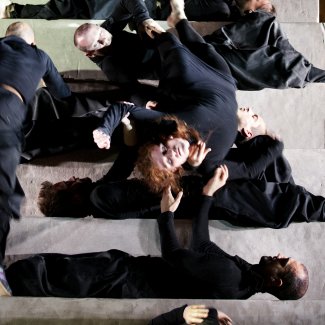 Sidi Larbi Cherkaoui’s debut as a choreographer was in 1999 with Andrew Wale’s contemporary musical, Anonymous Society. Since then he has made over 50 full-fledged choreographic pieces and picked up a slew of awards, including two Olivier Awards, three Ballet Tanz awards for best choreographer (2008, 2011, 2017) and the Kairos Prize (2009) for his artistic vision and his quest for intercultural dialogue.

Cherkaoui’s initial pieces were made at les ballets C de la B – Rien de Rien (2000), Foi (2003) and Tempus Fugit (2004). He undertook parallel projects that both expanded and consolidated his artistic vision; d’avant (2002) with longstanding artistic partner Damien Jalet at Sasha Waltz & Guests company and zero degrees (2005) with Akram Khan. He has worked with a variety of theatres, opera houses and ballet companies. From 2004 – 2009 Cherkaoui was based in Antwerp as artist in residence at Toneelhuis, which produced Myth (2007) and Origine (2008).

In 2008 Cherkaoui premiered Sutra at Sadler’s Wells. This award-winning collaboration with artist Antony Gormley and the Shaolin monks continues to tour the world to great critical acclaim. After his first commissioned piece in North America, Orbo Novo (Cedar Lake Contemporary Ballet) and a series of duets such as Faun (which premiered at Sadler’s Wells as part of In the Spirit of Diaghilev) and Dunas with flamenco danseuse María Pagés (both 2009), he launched his own company Eastman, resident at DE SINGEL International Arts Centre (Antwerp). 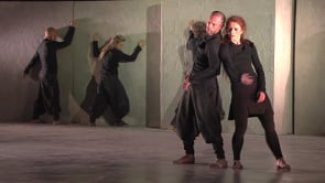 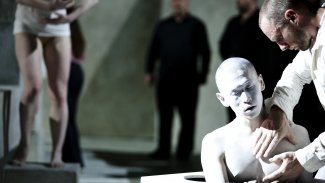