“As Don Carlo, Russell Thomas sculpted phrases with uncommon richness of tone, exemplary legato and great sensitivity to the text.”

American tenor Russell Thomas is now one of the most sought-after tenors of his generation having established his reputation in key lyric roles such as Don Carlo, Manrico (Il trovatore), Don Alvaro (La forza del destino) and Pollione (Norma). As an alumnus of the Metropolitan Opera’s Lindemann Program, Thomas most recently returned there as Rodolfo (La bohème) and Ismaele (Nabucco), the latter of which was broadcast worldwide via The Met’s ​‘Live in HD’ series. He returns this season as Don Carlo in David McVicar’s staging and under the baton of Carlo Rizzi.

Further highlights of the current season will include his debut at Opéra national de Paris as Don Alvaro (La forza del destino), a return to Lyric Opera Chicago as Ernani and to Royal Opera House, Covent Garden as Calaf (Turandot) conducted by Antonio Pappano.

Significant European debuts in recent seasons have included as Don Alvaro in Frank Castorf’s new production of La forza del destino at Deutsche Oper, Berlin; and he gave his first performances of Manrico on stage at the Bayerische Staatsoper under Asher Fisch; and further notable role debuts include Stiffelio for Oper Frankfurt and Turiddu (Cavalleria Rusticana) for the Deutsche Oper, Berlin. Last season he made his anticipated return to the Royal Opera House, Covent Garden as Otello conducted by Daniele Rustioni while at home in the USA he sang Florestan in San Francisco Opera’s new production of Fidelio under the baton of Eun Sun Kim directed by Matthew Ozawa and Cavaradossi (Tosca) for Lyric Opera, Chicago.

Thomas has enjoyed a long collaboration with renowned director Peter Sellars, notably creating the role of Lazarus in John Adams’ The Gospel According to the Other Mary in the world premiere performances with the Los Angeles Philharmonic under Gustavo Dudamel, now released on Deutsche Grammophon. This partnership continued at the Salzburger Festspiele where he made his debut in the title role in La clemenza di Tito, under Teodor Currentzis, returning in the 2018/19 season in a new staging of Idomeneo. 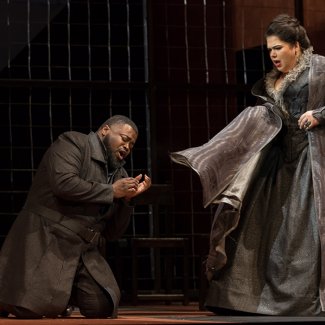 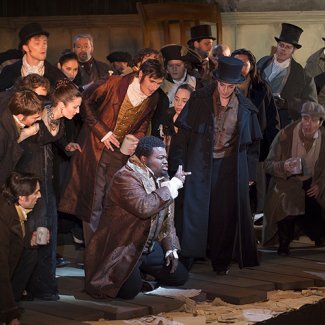 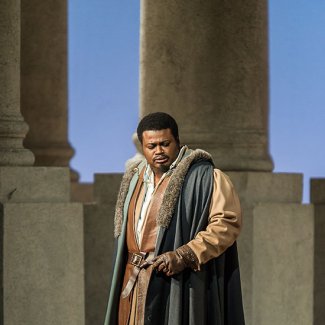 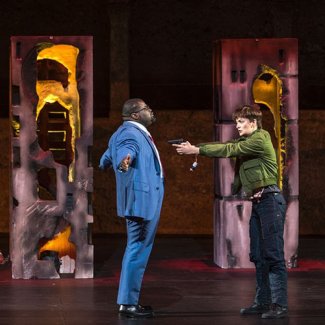 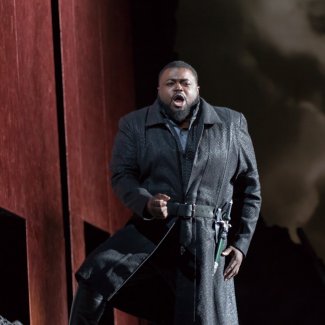 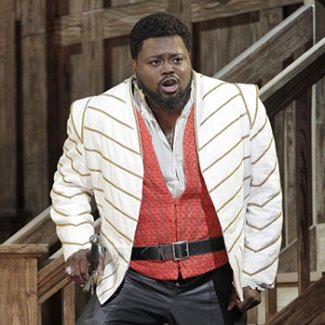 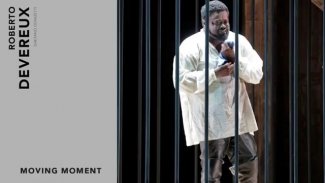 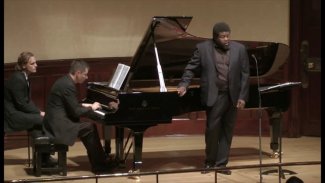 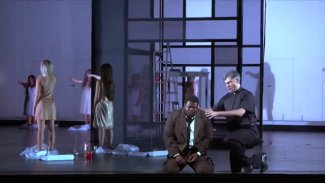 “The tragedy unfolded tautly, thanks in no small measure to the ardent performance of Russell Thomas in the title role [of Otello]…he produced abundant warmth and steadiness of tone, enhanced by keen musicality and incisive acting. His melting way with the love duet’s tenderest phrases was just one highlight.”

“Russell Thomas’ Tito was also strong, using vocal heft and excellent diction to give the emperor a regality worthy of the giant horned throne that Strassberger supplied for him.”

“Few Manricos today can deliver the vulnerability [Russell] Thomas brought to ​‘Ah, sì, ben mio’ or the generosity with which he sang ​‘Ai nostri monti’, Manrico’s tender duet with his mother […]”

“As the object of both women’s desire, tenor Russell Thomas made an endearingly strong first appearance in the title role [of Roberto Devereux]. He unfurled lyric charm and verve”

“In the title role, tenor Russell Thomas made an indelible impression. His sturdy physique and clear, unforced tenor yielded an ardent Act I duet with Sara, and elegant line in his Tower of London aria, ​“Come uno spirit angelico.”

“With a pure, focused tenor sound, remarkably even from top to bottom, Thomas managed to convey both the nobility and anguish of the title character…he created a time-stopping moment as he awaited his execution in Act III.”

“Thomas is a formidable Otello. As an African American, he genuinely looks the part with a heroically-scaled tenor that more than once brought to mind the ringing tones of Plácido Domingo in his signature role.”

“[As Don Carlo] Russell Thomas sculpted phrases with uncommon richness of tone, exemplary legato and great sensitivity to the text.”

“Tenor Russell Thomas made an imposing company debut in the title role [of Don Carlo], impressing with the suavity of his pianissimo tone as much as with the power and consistency of his voice.”

“Thomas was on fine form and invested Rodolfo with ringing, robust tone.”

“In the title role, Russell Thomas has gravitas and passion” *****

“[Russell Thomas’] powerful, classy tenor was utterly convincing in the most dramatic moments”

“Russell Thomas contributed a hearty rather than traditionally slimy Loge.”

“As Mario Cavaradossi, tenor Russell Thomas’s rendition of ​“Recondita armonia” was suitably fervent and well-projected; the further up he went on the three-level painter’s scaffold, the better he sounded in the big hall.”

“Russell Thomas was a thrilling Pollione, a role suited to him dramatically.”

“The soprano and mezzo were strongly matched by Thomas’ ardent proconsul [Pollione]. The American dramatic tenor mustered the requisite clarion declarations, and he sent frissons of excitement through the theatre when he simply stood back and let his firm, hefty voice rip…he softened and coloured the sound most becomingly for the duet in which Pollione implored Adalgisa to run away to Rome with him.”

“He sang with heroic tone and dedication as the weak-willed Roman proconsul…Thomas was at his best in the final scene of mutual self-sacrifice, both vocally and dramatically.”

“Russell Thomas was in fine voice as her lover Ismaele, finding a noble bearing and singing with robust, caramel tone.”

“Russell Thomas, a tenor of gorgeously burnished power, and Jamie Barton, whose mezzo pours out like lava, are luxury casting as the star-crossed lovers, Ismaele and Fenena.”

“Thomas was thrilling, powerful vocally and without excess.”

“Russell Thomas was an excellent vocal match in the role of the wrongfully imprisoned Florestan. He unleashed a tenor of formidable power as he cried out ​“Gott!” singing like a force of nature before collapsing into a fetal position on the prison floor.”

“Though he has made several Cincinnati appearances, the fine singer Russell Thomas was unexpectedly commanding in the role of Florestan…Where many a tenor comes to grief in this music, Thomas shone with a clarion top voice, especially in his intelligent delivery of his ​“Gott, Welch’ Dunkel hier!””

“[The new production] served as a potent framework for the gripping performance by Russell Thomas in the title role, brilliantly playing the injured outsider”

“Thomas’s voice was most intense in moments of heightened drama and his tone nodded toward a young Pavarotti.”

“Thomas was especially interesting in his portrayal of Don José…Thomas gave Don José a lot of strength…with his magnificent tenor voice and commanding stage presence, gave us a José more sure of himself at the beginning of the opera, and therefore more conscious of his degradation at it’s end.”

“As Stiffelio, Russell Thomas brings a powerfully meaty tenor, and a passionate portrayal of a man of God”

“From Miami, tenor Russell Thomas as Stiffelio makes every second count with an incredibly exciting tone throughout each register of his voice”

“American tenor Russell Thomas maintains a great urgency in his powerful voice, never waning at any point in the evening.”

“At the centre of it all is Russell Thomas as the priest Stiffelio…The Miami tenor has power and charisma, HE can sound intense and beautiful, he brings out every sob and every ounce of swagger – all in all, perfectly cast.”

“The men in ​“Norma” normally matter little. But tenor Russell Thomas’ Pollione, who casts off Norma for the younger Adalgisa, presents an unusually believable combination of haughty authority and punishing vulnerability.”

“Tenor Thomas introduced a solid and disciplined Pollione, thankfully free of distracting mannerisms or exaggerated emotions…for the final scene [he] was genuinely touching.”

“The character of Pollione, an un-heroic, fickle lover, is far less nuanced than the soprano roles, but Thomas and his ringing tenor managed to bring a tortured yet determined quality to the part.”

“The rest of the cast included standout tenor Russell Thomas, who sang a fiercely stentorian Pollione. His is a strong, exciting voice.”

“The men in ​“Norma” normally matter little. But tenor Russell Thomas’ Pollione, who casts off Norma for the younger Adalgisa, presents an unusually believable combination of haughty authority and punishing vulnerability.”

“what a joy it was to hear the stunning tenor voice of Russell Thomas as Manrico. He sang consistently with ardent expression and spine-tingling high notes. His pairing with Barton was believable and magnetic.”

“Thomas made an inspiring Manrico, his voice literally rising to the occasion, including his showcase aria, ​“Di quella pira,” where he vows to save Azucena.”

“Russell Thomas makes his debut with MOT as the title character. The American tenor gives a soulful performance as the conflicted character, showcasing the emotional role with every perfectly pitched note.”

“Tenor Russell Thomas, portraying Faust, has a robust, clarion voice…he nailed the top C squarely in his gorgeous aria ​“Salut! Demeure chaste et pure.” The effect was like a sunburst after a storm.” 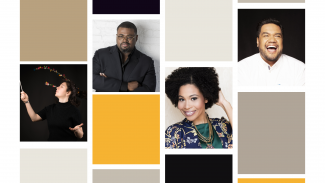 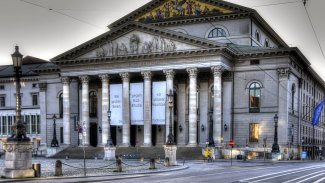 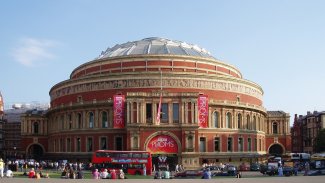 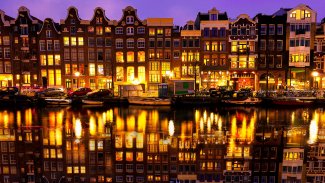 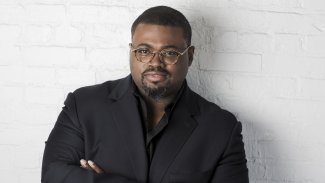 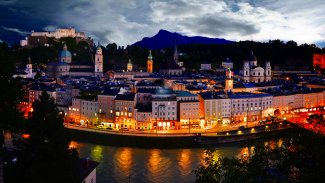 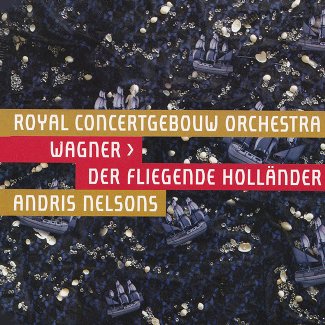 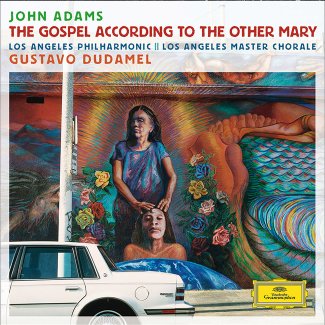 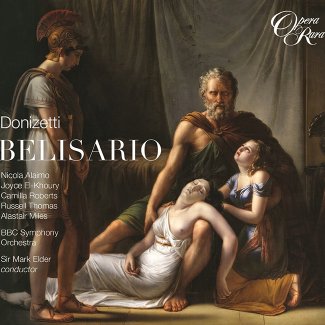 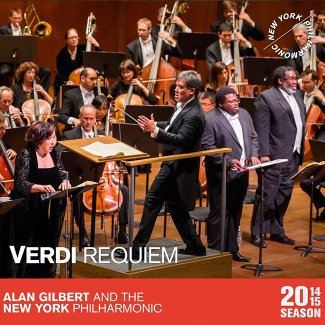 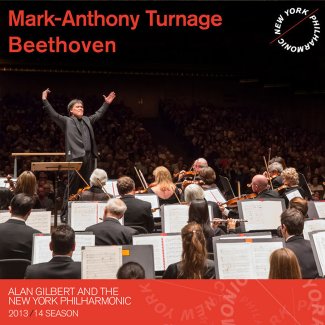 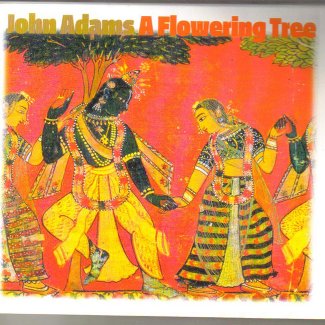 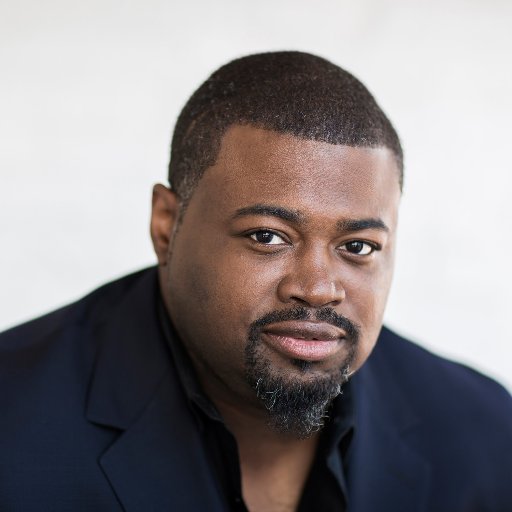