The love and passion of ancient repertoire and music from all horizons led Anna Besson, Louis Creac’h, Robin Pharo and Jean Rondeau to create the group Nevermind in 2013. Together they share and present works they love to a wide and varied audience, transcending the quartet repertoire (flute, violin, viola da gamba and harpsichord) of the seventeenth and eighteenth centuries. Having won the third prize and special festival prize at the 2014 Van Wassenaer Competition in Utrecht, Nevermind’s subsequent concerts have only reinforced their conviction: the friendship that emerges from these four musicians appears through passion and a real pleasure of playing, all carried by a striking complicity and devout collaboration.

Following a busy 2022 Festival season with engagements at the Festival Ravel, the Utrecht Early Music Festival and Sinfonia en Périgord, highlights of Nevermind’s upcoming 2022/23 season include concerts at the Wiener Konzerthaus, Wigmore Hall, and the Prague Spring Festival with a programme centred around C. P. E. Bach. In Spring 2023, Nevermind champions the music of 17th century composer Elizabeth Jacquet de la Guerre in a tour encompassing Germany, Belgium and the Netherlands, having already performed this programme to great acclaim in 2022 across France and the United Kingdom. 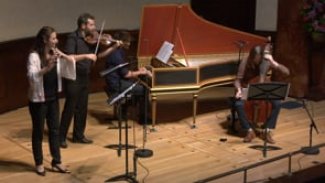 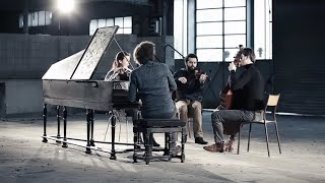 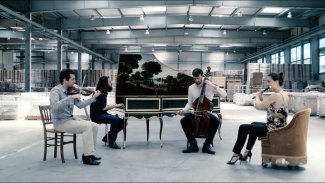 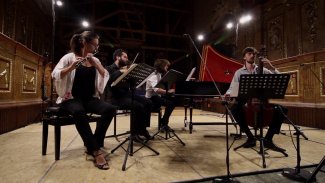 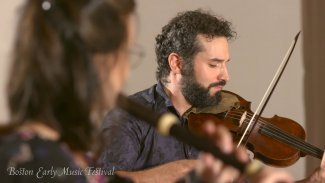 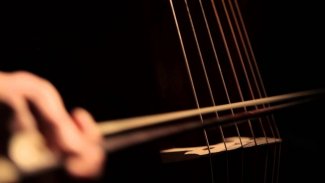 “The Paris-based ensemble of flautist Anna Besson, violonist Louis Creac’h, viola da gamba player Robin Pharo and harpsichordist Jean Rondeau brought a delicacy to early numbers by Marin Marais and Francois Couperin; a soothing ambience on a blustery Canberra night. The soft focus of the baroque flute and the intangible quality of natural strings made for a barely there, beguiling sound. And self-deprecating humour from the artists was icing on an exotic cake.”

“In Sydney on their first national tour for Musica Viva Australia, the group certainly didn’t disappoint, delivering stylish, refined performances of music by Marais, Couperin and Telemann – as well as lesser known composers Quentin and Guillemain – with easy panache and formidable technique.

The musicians whet the audience’s appetite with four movements from the fourth suite in Marin Marais’ 1692 Pièces en trio, showing off a polished, complex sound, limned at the upper end by the sweetness of Besson’s baroque flute and the darker, penetrating sound of Louis Creac’h’s violin. Lean viola da gamba lines from Robin Pharo offset rolling flourishes from Jean Rondeau in the lyrical La Marianne while the almost agonisingly drawn out Plainte once more highlighted the rich, floral sound of the ensemble.

The ornate filigree of François Couperin’s L’Espagnole suite from the 1726 Les Nations ramped up the intensity, the group’s ensemble work impeccable (and beautifully balanced) across tripping and lilting dance movements, the musicians dextrous in the fast passagework. A moment in the final Passacaille when the continuo of harpsichord and viola da gamba suddenly dropped away to reveal exquisitely duetting flute and violin was simply breath-taking.”

“Indeed, the playing throughout the disc is first-rate, and in Guillemain Nevermind pip Ensemble Barockin’ at the post”

“Nevermind, remember that name, they are an ensemble of exquisite, artistic beauty”

“They are virtuosic, and not afraid to take risks in their performances” 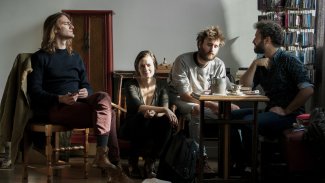 HARRISONPARROTT IS EXCITED TO ANNOUNCE THE GENERAL MANAGEMENT OF NEVERMIND, THE BAROQUE QUARTET 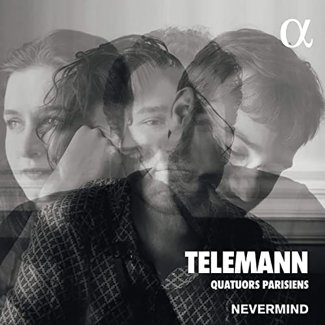 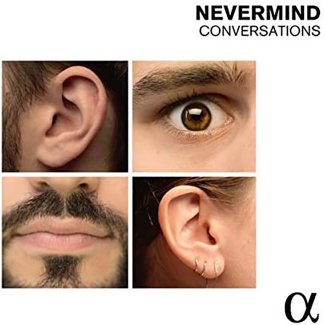